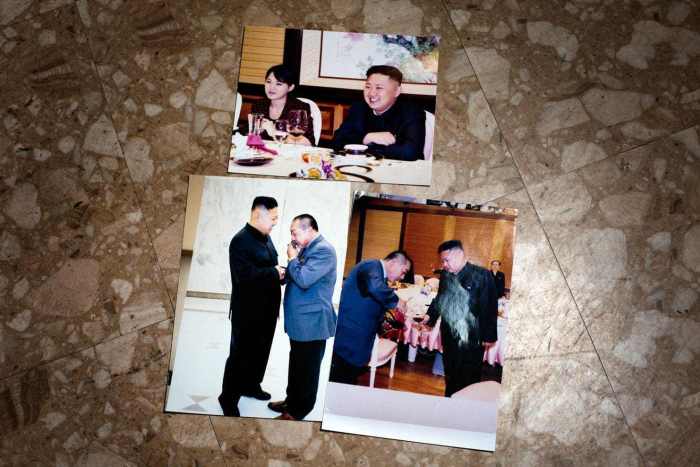 Kim Jong Un’s former personal Sushi chef, whose recent candid remembrances of the North Korean leader’s cloistered upbringing led to fears that he was being held incommunicado, appears to be well — serving lunch to Britain’s ambassador.

Fujimoto, who worked for North Korea’s ruling family for more than a decade, was feared missing after he wrote and spoke extensively about his time as Kim’s childhood companion.

Reports emerged in late June that Fujimoto had been arrested by the government for a “past betrayal,” according to a Japanese intelligence official.

But in July, reported sightings of Fujimoto at work in his Pyongyang-based restaurant Takahashi began to emerge and Crooks’ Twitter posts on Tuesday confirmed that the chef was alive and well.

In 2001, Fujimoto fled to Japan from North Korea and has spoken candidly about his time working for the family and watching Kim grow up. As he told The Washington Post’s Anna Fifield for her book “The Great Successor: The Divinely Perfect Destiny of Brilliant Comrade Kim Jong Un”, the pair would spend hours together, listening to Whitney Houston, catching fish and flying kites.

Their relationship didn’t begin on such a warm note. Fujimoto told Fifield that the first time he met Kim, instead of shaking his hand, the young successor “glared at him with ‘sharp eyes’ that seemed to say, ‘You abhorrent Japanese.’”

But Fujimoto was soon assigned to be Kim’s playmate, all while serving the family lavish meals of grilled pheasant, shark fin soup and lobster sashimi.

In 2012, Fujimoto returned to North Korea for a tearful reunion with his longtime companion. Five years later, he opened a restaurant in the capital.

According to Crooks, the “Sashimi set was excellent.”