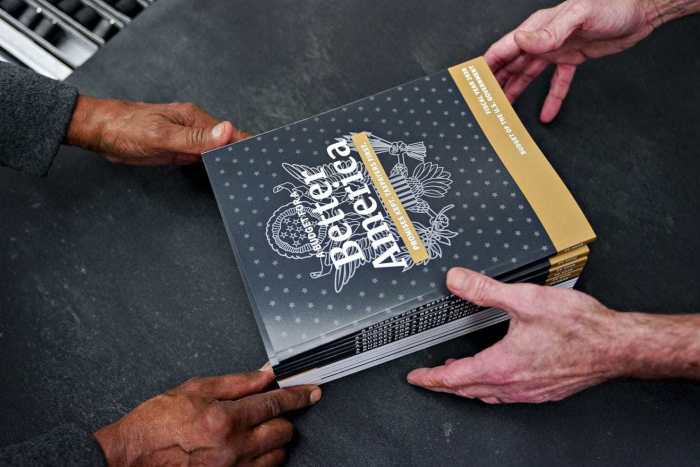 Congress is heading into another risky debt-ceiling showdown — a situation that a decade ago was unimaginable and has now become dishearteningly routine. At the same time, the federal debt as a share of the economy is the highest it has ever been other than just after World War II. Yet our political leaders are busy swinging back and forth between doing nothing about the debt and making it worse.

Last year, for the first time in more than 40 years, neither the Senate nor House bothered to vote on a budget — one of the most fundamental responsibilities of a government. This year, three months after the deadline, the House Budget Committee still hasn’t released a budget plan for next year; thus a budget-less 2020 is likely as well. So our plan is to borrow a jaw-dropping roughly $900 billion in each of those years — much of it from foreign countries — without a strategy or even an acknowledgment of the choices being made because no one wants to be held accountable.

It’s a hell of a way to run a country.

In the past, large deficits generally resulted from recessions or large-scale wars. Not so, this time. The majority of this year’s deficit is the result of recent legislation and simply opting not to pay for things. The largest contributor is the unpaid-for tax cuts (and, no, they are not paying for themselves) along with an unpaid-for increase in discretionary spending caps. Never has the deficit been this large when the economy was so strong.

And the borrowing binge doesn’t appear to be over. Congress is considering another increase to budgetary spending caps ($358 billion, or close to a whopping $2 trillion during the next decade if extended) ; repealing the “Cadillac tax” on expensive health insurance plans ($200 billion over 10 years); reviving zombie “tax extenders” that have been expired for a year and a half ($30 billion); expanding tax credits ($130 billion); and repealing the cap on the state and local tax deduction ($500 billion through 2025). The brave voices urging that we pay for these policies are regularly rolled over.

The dangers created by our fiscal situation are significant. In two years, the federal government will spend more on interest than on children. Within six years, interest will eclipse how much we spend on defense. We are utterly unprepared for the aging of society, and we will likely enter the next recession with a debt relative to the economy twice as large as when the recession of 2008 hit.

Most urgent is the debt ceiling we are about to hit — a deadline we should not be anywhere this close to given the dire consequences of a default. Ideally, what we would do is lift the debt ceiling immediately along with a plan or at least a process to reduce the debt. At the very least, we should do a clean debt-ceiling increase right away. What we probably will do ultimately is brazenly lift it along with policies that increase the debt, probably with a fair amount of backslapping and claims of bipartisanship.

All of this reflects something so much deeper than just fiscal policy gone haywire. The dysfunctional budget process, the untenable debt situation and the inability to solve the most glaring budget problems — from a tax base riddled with ineffective loopholes, to Social Security, to the need to reform the debt ceiling — reflect the larger corrosive situation of today’s broken governance system.

Progress on almost all policy areas seems out of reach, particularly where the solution rests on hard choices. Our leaders opt for favoring the short-term over the long-term; political wins over policy improvements; keeping an issue alive for political gains rather than compromise; and delegitimizing the other side’s preferences rather than recognizing we are a nation of diverse perspectives.

As a result, our nation is failing to contend with mounting threats. Some are internal and self-imposed, such as the debt ceiling and perpetual fiscal cliffs. Others — such as climate change, underinvestment in infrastructure or the failure to fix and update our social contract along with the dramatic changes in demographics, work and the economy — reflect an ongoing abdication of responsibility. Still others are external, including threats to our competitiveness from China and to our democracy from Russia, which in the past would have united the nation.

Given that we are entering a period of massive change from technology, new types of security threats, proliferating natural disasters and an ever-increasing pace of change, the debt is not the biggest threat we face. But it greatly weakens our ability to meet these other challenges.

The clearest threat above all is our deteriorating political system. Our daily partisan warfare and the associated checking out of large segments of the public who are increasingly distrustful of our leaders and institutions are distracting us from focusing attention on these critical issues while our growing debt makes them ever more challenging to fix. Though we can and must get past the immediate threat of default, until we address the root causes of those forces pulling us apart politically, these other threats will continue to pile up.

~Maya MacGuineas is president of the Committee for a Responsible Federal Budget.

Source: No budget. On the brink of default. It’s a hell of a way to run a country. – The Washington Post