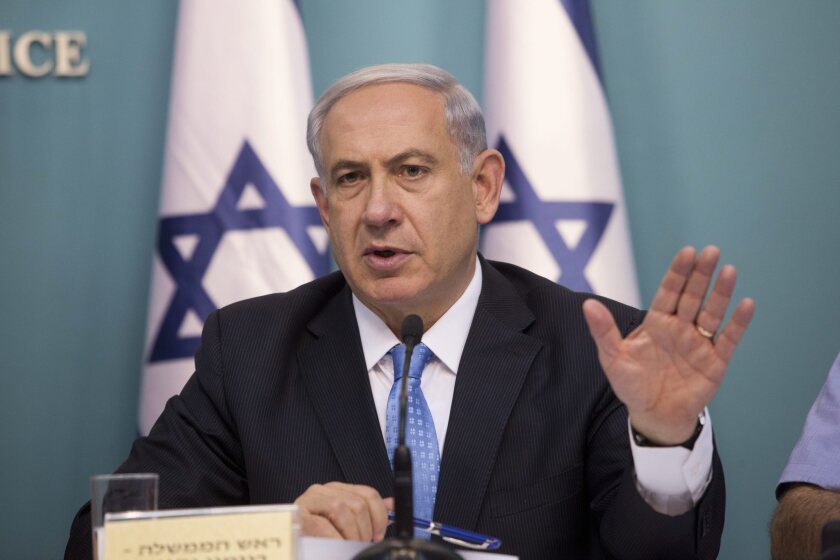 JERUSALEM — Israel on Wednesday faced the near certainty of an unprecedented third election in less than a year after former army chief Benny Gantz was unable to form a coalition government — a task at which Prime Minister Benjamin Netanyahu had already failed.

Gantz, leader of the centrist Blue and White party, threw in the towel shortly before a deadline of midnight Israel time to assemble a majority in the 120-seat Knesset, or parliament. He formally informed President Reuven Rivlin he was returning the mandate to try to form a government.

As the final hours ticked down, Rivlin pressured Gantz and Netanyahu to have their parties form a “national unity” government in order to break the deadlock and avoid yet another election. Rivlin suggested that the two could alternate serving as prime minister, with Netanyahu promising to step aside if indicted.

Gantz narrowly beat Netanyahu in a September election, but neither came close to the parliamentary majority required to form a government.

“There is no chance,” Lieberman announced at a news conference.

Lieberman’s party, Yisrael Beiteinu, won only eight seats out of the 120 in the Knesset, or parliament, but even that share left him as the undisputed power broker in Israel’s fractious political scene.

For Netanyahu, Wednesday’s deadline marked the latest tense chapter in his attempts to cling to the post he has held for 10 years. His already fragile position is complicated by the imminent indictments he faces.

In February, Atty. Gen. Avichai Mandelblitt announced his intention to charge Netanyahu on several corruption charges, including bribery, fraud and breach of trust.

After the Sept. 17 election, Rivlin gave Netanyahu the first shot at forming a government, even though he finished slightly behind Gantz. But he failed, as he had after the previous election, in April.

With Gantz’s decision to return the government-forming mandate to Rivlin, lawmakers now have three weeks to jockey for position to see if any of them can draw the backing of a majority. That appears unlikely.

If no one succeeds in the next 21 days, Israel would be thrust into a third national campaign in less than a year, with balloting probable in early March 2020.