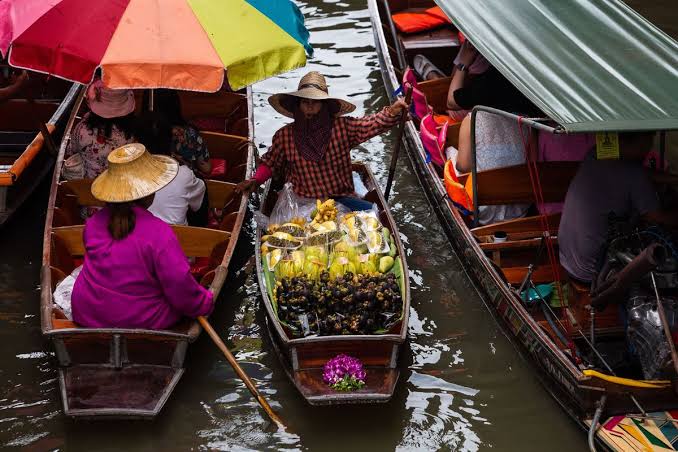 Thailand’s economy grew more slowly than expected in the third quarter and the government lowered its full-year forecast as the country deals with the impact of the U.S.-China trade war and a strong currency.

Gross domestic product rose 2.4% from a year ago, the National Economic and Social Development Council said Monday, below the median estimate of 2.7% in a Bloomberg survey of economists. The council cut its 2019 GDP forecast to 2.6% — from an earlier view of 2.7%-3.2% — and said growth should accelerate to 2.7%-3.7% next year.

Thailand’s trade-reliant economy has been hit by slumping exports, a surging currency and mixed performance in the tourism sector. The central bank earlier this month announced measures to slow gains in the baht, which has been the strongest performer in emerging markets over the past year, rising about 9%.

The council’s secretary general, Thosaporn Sirisumphand, called for more stimulus to supplement a $10 billion package approved in August. The global slowdown, drought and volatility remain key challenges for the economy, he said.

“We need to use all tools that we have as there are still a lot of risks that we can’t control,” Thosaporn told reporters in Bangkok. “We can’t be complacent.”

Thailand’s economy appeared to bottom out in the second quarter, when it grew at its slowest pace in nearly five years, but the rebound has been more muted than expected, Thosaporn said.

“Baht strength hurt exports and private investment in the third quarter,” he said. “We think the baht strength may continue.”

“Thai growth slowed sharply in 1H — to 2.6% year on year from 3.4% in 2H 2018 — and we see scope for further weakening into 2020, given negative spillover to global demand from the escalation in the U.S.-China trade war since May. What’s more, the U.S. will suspend some Thai trade preferences from the end of April next year. The move affects $1.3 billion in exports, which is a small share of Thai shipments to the U.S., which amounted to $31.9 billion last year. The potential knock-on effect for investment, though, may be more detrimental.

Noelan Arbis, Southeast Asia economist at HSBC Holdings Plc in Hong Kong, said that while the comparison to the year-earlier period was flattering, the economy grew only 0.1% from the previous quarter.

“Sequential growth suggests that the economy has slowed to nearly stall-speed,” Arbis wrote in a research note. “The challenges to both external and domestic demand are likely to persist in the quarters ahead.”

It’s unclear if that would spur the Bank of Thailand to cut rates further after it lowered them to 1.25% earlier this month, matching an all-time low. ING Groep NV economist Prakash Sakpal said the central bank is more likely to focus on the slight improvement in the most recent quarter.

“We think the Bank of Thailand will use firmer growth as an argument for leaving policy on hold in the rest of 2019 and throughout 2020,” he wrote. “We remain skeptical about further BoT easing from Asia’s arguably most hawkish central bank.“

The NESDC said exports now are expected to shrink by 2% this year, compared to the 1.2% contraction it forecast in August. The economy should pick up in the final quarter of the year and accelerate into 2020, driven by government stimulus measures, gradual recovery in exports and an improvement in tourism, the council said.