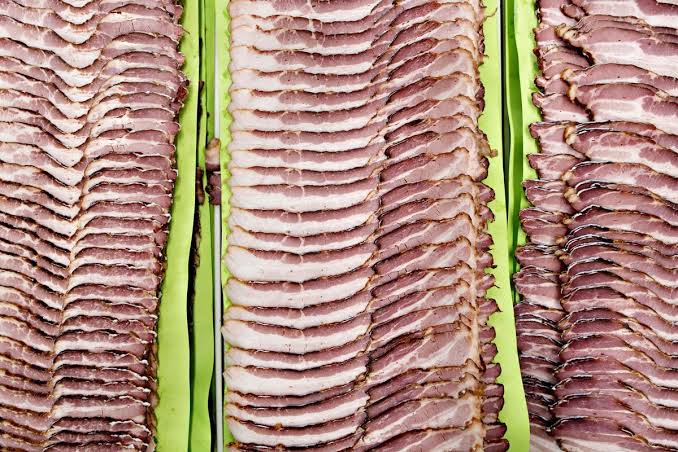 America is sitting on a mountain of uneaten bacon.

More than 40 million pounds (18,000 metric tons) of pork bellies, the cut used for bacon making, were sitting in refrigerated warehouses as of Sept. 30, according to U.S. government data released Tuesday. That’s the most for the month since 1971.

The overhang came after a build up in the American hog herd. Pork output surged over the summer months and through September, said Dennis Smith, senior account executive at Archer Financial Services Inc. Bellies have seen a magnified inventory increase because demand is mostly domestic, unlike cuts such as ham, for which overseas buying can help reduce reserves.

Hog producers started building up their herds in anticipation of more demand for meat imports from China, where African swine fever has killed millions of pigs. The U.S. herd swelled to 77.7 million head. as of Sept. 1, a record for the month and the highest since 1943 considering all periods, the most recent U.S. Department of Agriculture data show. 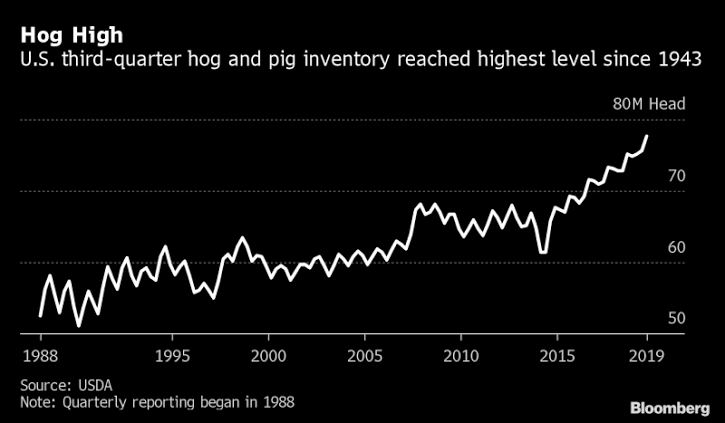 So far, that’s mostly led to an excess for U.S. supplies. But the glut could be short-lived if recent Chinese buying is any indication. Export sales of American pork have soared to weekly records, buoyed by purchases from the Asian country.

China mostly buys carcasses, which they then process domestically, rather than individual cuts of pork. Of course, the belly goes over with the whole hog.

“The theory is, if we continue to export split carcasses to China, it’ll create a belly shortage,” Smith said.

Source: U.S. Bacon Pile Is Biggest in 48 Years, But May Start to Ebb – Bloomberg