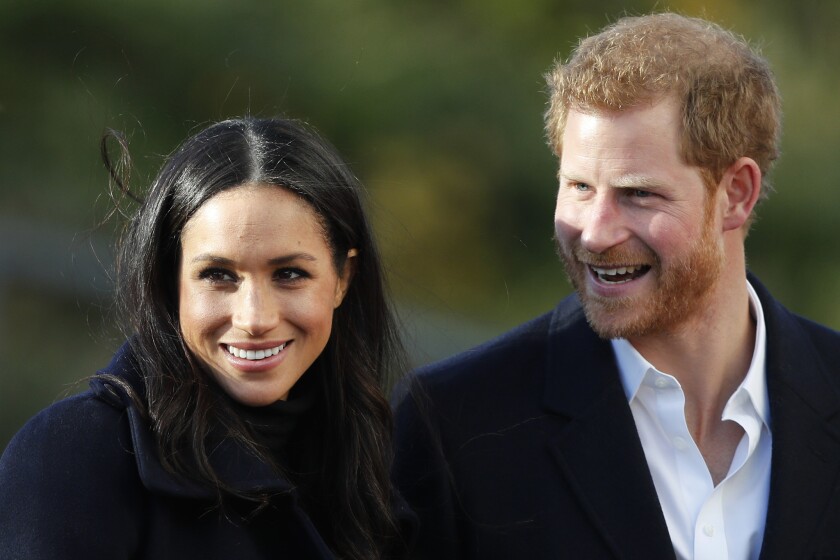 Prince Harry, whose relationship with paparazzi and tabloids has long been tainted by the tragic death of his mother, Princess Diana, is taking legal action against what he called “relentless propaganda” against his wife, Meghan, the Duchess of Sussex.

“Unfortunately, my wife has become one of the latest victims of a British tabloid press that wages campaigns against individuals with no thought to the consequences — a ruthless campaign that has escalated over the past year, throughout her pregnancy and while raising our newborn son,” the British prince said in a lengthy statement issued Tuesday.

“Up to now, we have been unable to correct the continual misrepresentations — something that these select media outlets have been aware of and have therefore exploited on a daily and sometimes hourly basis,” he added. “It is for this reason we are taking legal action, a process that has been many months in the making.”

The couple is privately funding the case, and if a favorable court ruling is reached, proceeds from any damages will be donated to an anti-bullying

The prince initiated legal proceedings against the publication Mail on Sunday and its parent company, Associated Newspapers, after the excerpted contents of Meghan’s private letter to her estranged father were published in the Mail on Sunday, according to a legal spokesperson from Schillings, the firm representing the duchess in the matter.

The letter, written in August 2018, expressed Meghan’s disappointment in her father’s public statements about her, as well as their relationship, among other private details.

Schillings cited a breach of privacy, infringement of copyright and an exploitative media agenda as the matters at issue.

In a statement to The Times, a spokesman for the Mail on Sunday said that the publication stands by the story it published and “will be defending this case vigorously.”

“Specifically, we categorically deny that the Duchess’ letter was edited in any way that changed its meaning,” the spokesman said.

In his statement, Harry said the contents “were published unlawfully in an intentionally destructive matter to manipulate” the reader. Harry noted that though the legal action hinges on the one incident, it highlights “a disturbing pattern of behaviour by British tabloid media.”

Harry, the sixth person in line to the British throne, contrasted the “bullying” that his American spouse experienced during her pregnancy and while raising their newborn son with the overall positive press coverage of their current tour of Africa.

“Though this action may not be the safe one, it is the right one,” Harry added. “Because my deepest fear is history repeating itself. I’ve seen what happens when someone I love is commoditised to the point that they are no longer treated or seen as a real person. I lost my mother and now I watch my wife falling victim to the same powerful forces.”

Harry’s mother, Diana, Princess of Wales, died in 1997 in a car accident after being pursued by paparazzi.

Harry’s stern tone Tuesday is reminiscent of his first public statements regarding the actress in November 2016, in which his press secretary also chided the media over a “wave of abuse and harassment” that Markle experienced.

On Tuesday, the Schillings spokesperson said that the publication of Meghan’s private letter was “part of a campaign by this media group to publish false and deliberately derogatory stories” about the former “Suits” actress, as well as her husband.

“Given the refusal of Associated Newspapers to resolve this issue satisfactorily, we have issued proceedings to redress this breach of privacy, infringement of copyright and the aforementioned media agenda,” the spokesperson said.