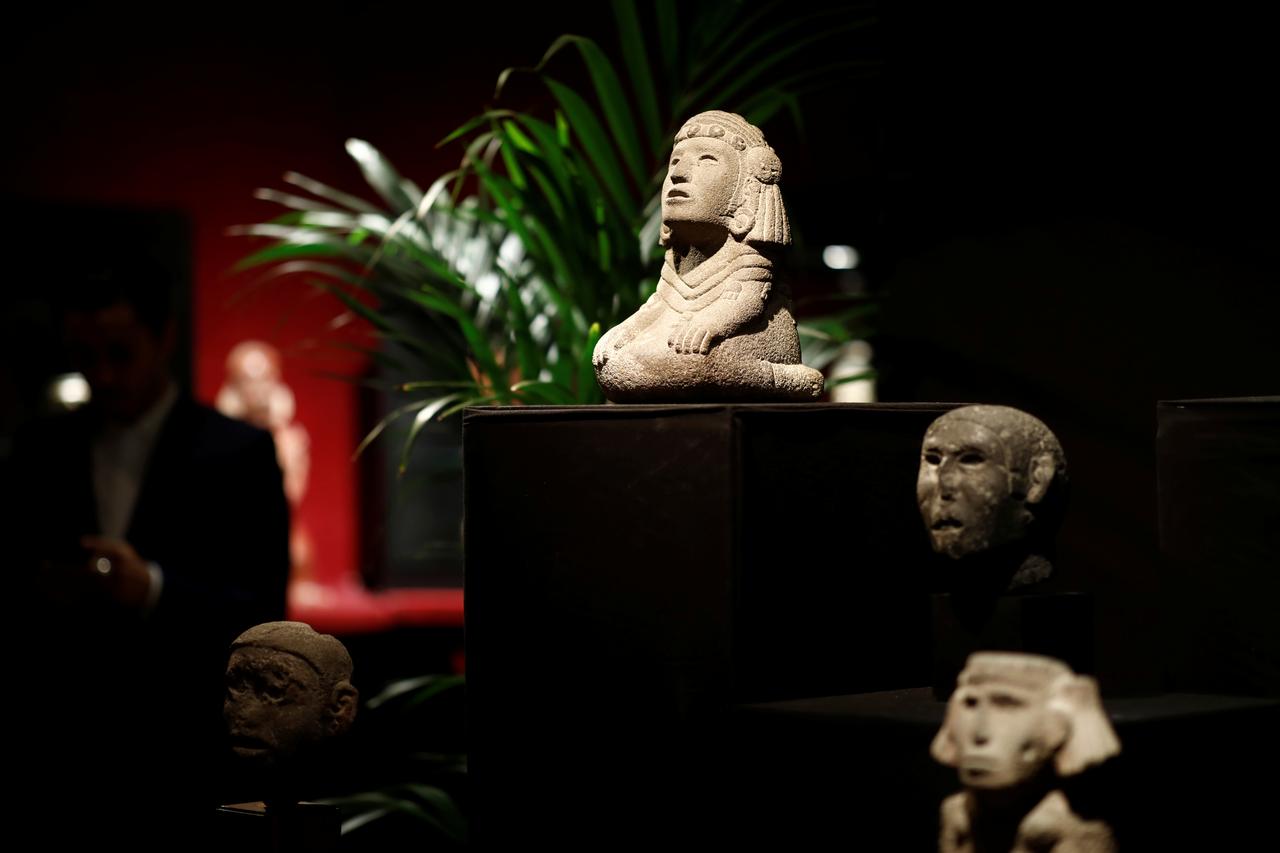 A stone kneeling figure of Aztec water goddess Chalchiuhtlicue, one of pre-Columbian artefacts, is presented to the press at Drouot auction house in Paris, France, September 18, 2019. REUTERS/Benoit Tessier

PARIS (Reuters) – French auction house Millon denied accusations by the Mexican government that a sale of dozens of pre-Columbian artifacts was illegal and proceeded with an auction on Wednesday.

Mexico’s foreign ministry on Tuesday said that 95 of the 120 pieces on auction appear to be from Mexican cultures, including the emblematic pre-Columbian city of Teotihuacan, as well as the Olmeca and Maya cultures.

Millon president Alexandre Millon told Reuters on Wednesday that Manichak and Jean Aurance, listed as the owners of the artifacts, satisfied all the legal criteria to justify their ownership of the collection, which they amassed after falling in love with a piece in a Paris gallery in 1963.

“The problem for Mexico is that this collection is exemplary in every way: provenance, publications and exhibitions it has featured in. That should make it a positive platform for Mexico”, Millon, said ahead of the auction.

The collection includes sculptures, masks and religious artifacts from before 1000 BC up to the 18th Century A.D.

“(The Mexican government) should use this auction to say ‘Look at this sale, it’s ones like these that we need’ in an effort to stop other auctions which might not take the same precautions”, Millon continued.

Mexico’s ambassador to France Juan Manuel Gomez-Robledo said, “Mexico is the rightful owner of these artworks and we’ve come here to express our unhappiness and to explain why this violates not only Mexican law but also international law.”