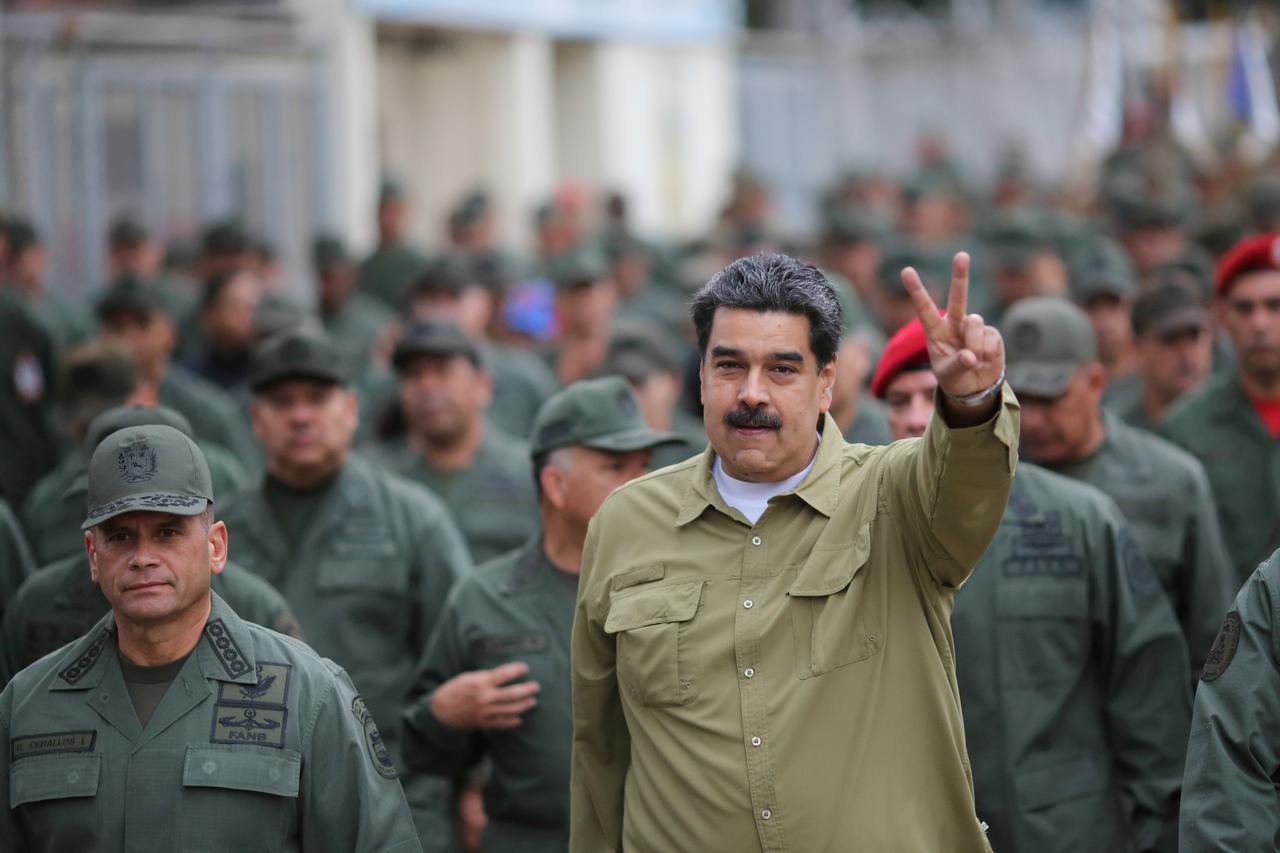 Venezuela’s President Nicolas Maduro gestures during a meeting with soldiers at a military base in Caracas, Venezuela January 30, 2019. Miraflores Palace/Handout via REUTERS/File

CARACAS (Reuters) – Venezuelan President Nicolas Maduro said on Thursday he will not travel to New York for the annual meeting of the United Nations General Assembly later this month, but that two of his envoys would attend to denounce U.S. sanctions on the OPEC nation.

“Here is the immense majority of the Venezuelan people saying no more blockade, no more sanctions,” Maduro said in a speech to the youth wing of the ruling socialist party. “This year I will stay with you all working in Venezuela, safely and calmly.”

Maduro, who Washington accuses of corruption and human rights violations, traveled at the last minute to New York last year after saying he may not because of an alleged assassination plot.