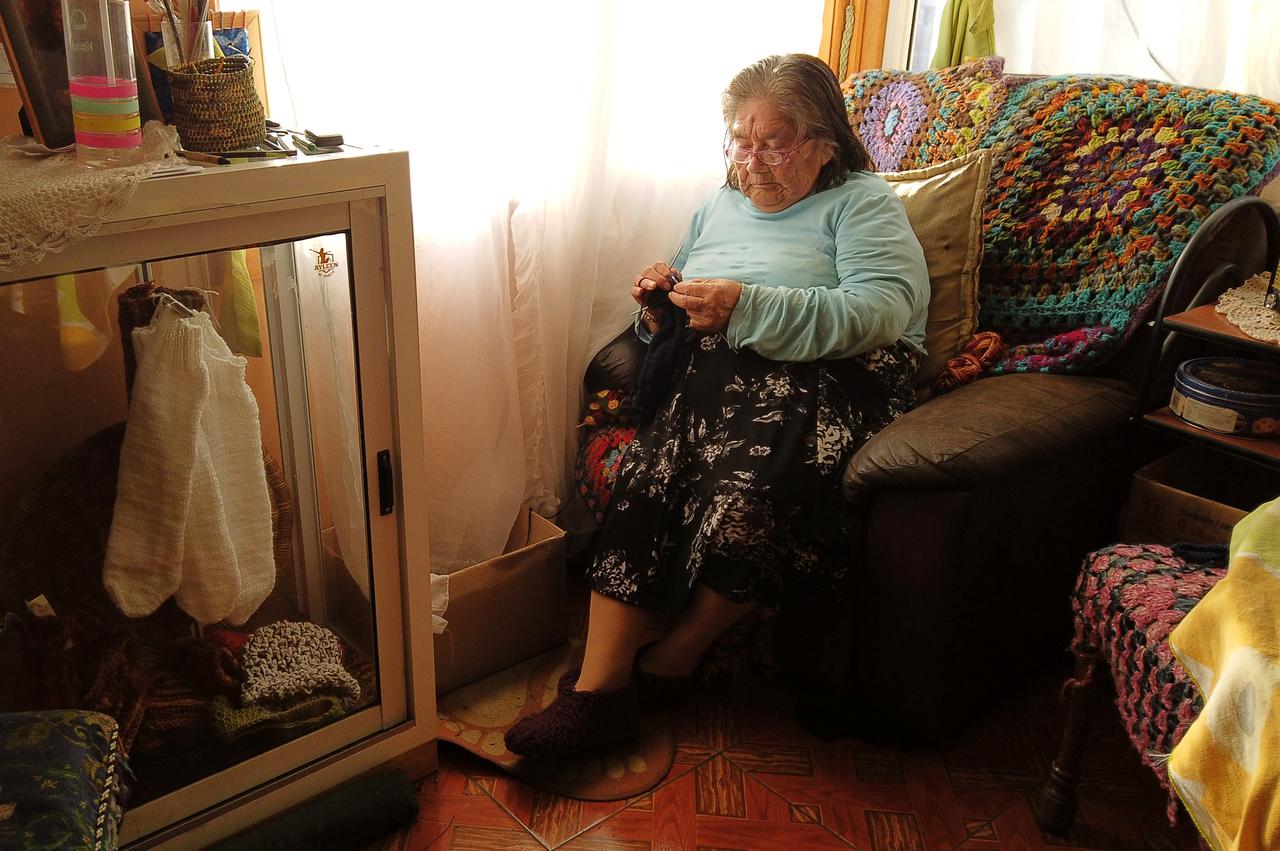 The last woman from a tribe Yagan and speaker of this language, Cristina Calderon, 91, takes part in an interview with Reuters at her house in Ukika village, Puerto Williams, Chile May 17, 2019. REUTERS/Jorge Vega

PUERTO WILLIAMS, Chile (Reuters) – Sitting in the warmth of a wood fire in her home in Chile’s deep south, Cristina Calderón sometimes wishes she had more people to speak to in her mother tongue as she weaves woolen socks to sell at the local market.

Calderón, 91, is the last person to speak the millennia-old ancestral Yámana language of the indigenous Yagán community that has long inhabited the remote tip of South America, areas which are now parts of Argentina and Chile.

“There used to be many Yaganes, my dad and mom were Yagán, so when they were born, they always spoke the Yagán language and that’s how I was growing up,” says Calderón, who did not learn Spanish until she was nine years old.

Surrounded by photos of her family with the distinctive features of the nomadic tribe, Calderón lives in a small house in Villa Ukika, a town created by the Yagán on the outskirts of the larger Chilean settlement Puerto Williams.

Calderón recalls with nostalgia the last person with whom she could converse in Yámana, her late sister, and is excited about the interest one of her daughters has shown in the language.

“She may learn to speak it,” Calderón said with a smile.

While some dozens of Yagán people still remain, Calderón said that over the generations, they had stopped learning the language. Sometimes, she herself worries about words slipping away.

“I forget things sometimes,” Calderón told Reuters. “But after thinking it though, they come back to me.”

Source: In Chile’s remote south, the last speaker of an ancient language fights to keep it alive – Reuters