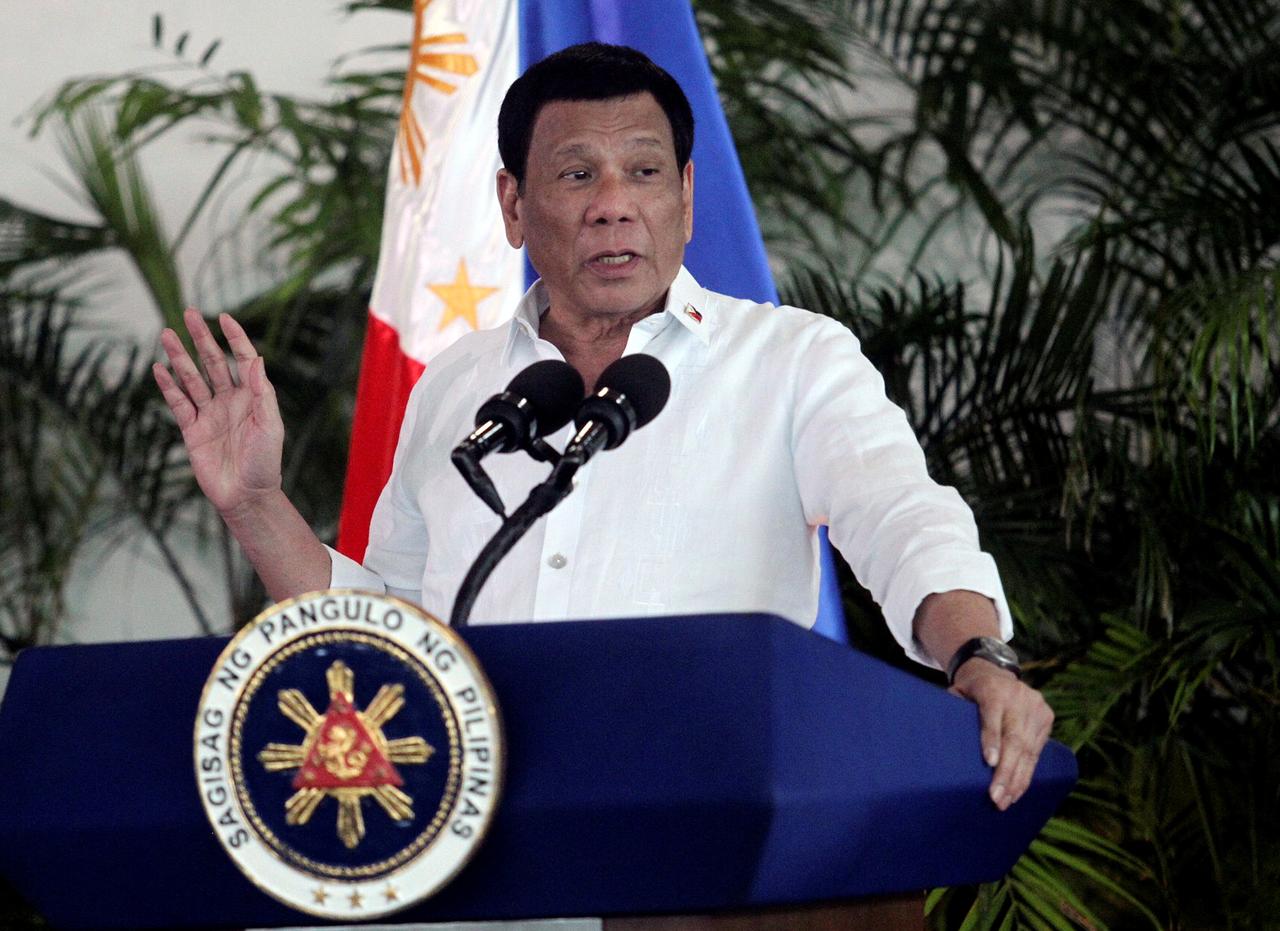 FILE PHOTO: President Rodrigo Duterte speaks after his arrival, from a visit in Israel and Jordan at Davao International airport in Davao City in southern Philippines, September 8, 2018. REUTERS/Lean Daval Jr.

MANILA (Reuters) – President Rodrigo Duterte on Thursday denounced bishops in the Catholic-majority country as “sons of bitches”, renewing his attacks on the church that has criticized him over his bloody war on drugs.

Duterte, who launched his campaign against drugs when he took office in mid-2016, remains hugely popular but doubts about the campaign, in which thousands of people have been killed, have been growing.

“Only I can say bishops are sons of bitches, damn you. That is true,” Duterte said in a speech during a groundbreaking ceremony for a school north of the capital, Manila.

Duterte did not mention any particular reason for his criticism of the church on Thursday, which included a suggestion that most bishops are homosexual.

“Most of them are gay,” he said. “They should come out in the open, cancel celibacy and allow them to have boyfriends.”

Duterte, who is not a regular church-goer, said early in his presidency that he was sexually abused by a priest when he was a boy.

The Roman Catholic Church is facing clerical sexual abuse scandals in various parts of the world, although there have been no major cases in the Philippines.

In previous speeches, Duterte called God “stupid” and described as “silly” the doctrine of Holy Trinity.

Francis Lucas, an official with the Catholic Bishops’ Conference of the Philippines, called for sensitivity.

“We have to be more sensitive to the sensitivities and sensibilities of others out of respect,” Lucas told Reuters.

The president’s crackdown on drugs retains much support but some sectors of the church have become increasingly vocal about the killings, with calls for justice and offers of sanctuary to drug users.

Some 5,000 people have been killed in police anti-drugs operations in Duterte’s anti-drug drive.

Police reject accusations that the killings were executions, saying drug peddlers and users were killed in shootouts, and police acted in self-defense.

About 80 percent of the more than 100 million people of the Philippines are Roman Catholic.