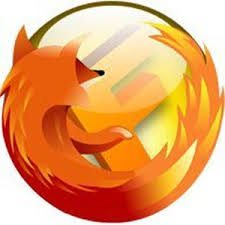 Three years ago, Firefox 3 set the record for most downloads in a 24-hour period, cracking 8 million and positioning itself as a viable alternative to Internet Explorer.

Firefox 4 released today to the public at large after 12 public betas, two release candidates, and nearly a year of development, faces a hugely different landscape. (Download Firefox 4 here for Windows, Mac, and Linux.) Microsoft’s Internet Explorer remains the dominant browser. And in less than three years, a significant chunk of the browser market has taken a shine to relative newcomer Google Chrome.

Mozilla flips the switch from version 3.6.15 to version 4 as Firefox possesses more than 400 million active users. (Mozilla has opened a download tracker at glow.mozilla.org.) The new version of the browser sports several massive changes, including a radically redesigned interface, significantly faster browsing speeds, strong support for the still-in-development HTML5 and other “future-Web” tech, and competitive features like synchronization, restart-less add-ons, and tab grouping. You can read the official CNET reviews of Firefox 4 at the Download.com pages for Windows, Mac, and Linux.

Browser speed remains an important point of comparison. But as the five major browsers have developed over the past year, their speed differences have become more muddled. For example, Mozilla noted that when Firefox 3 was released, it took “60 milliseconds to change Gmail from showing one message to another with Firefox 3… compared with 413 milliseconds for IE 7 and 227 for Firefox 2.”

Current browser benchmarks that look only at JavaScript place them all in the same ballpark now, so the point of comparison has begun to shift to graphics processing unit (GPU) hardware acceleration. This allows the browser to shove certain rendering tasks onto the computer’s graphics card, freeing up CPU resources while making page rendering and animations load faster. These tasks include composition support, rendering support, and desktop compositing, and there are few benchmarks that are capable of testing it.

One interesting publicly available benchmark is the new JSGameBench from Facebook, which looks to test HTML5 in real-world gaming situations. The Firefox 4 beta was the fastest tested without WebGL and was the second fastest with it. Mozilla’s own tests put Firefox 4 at three to six times faster than Firefox 3.6.