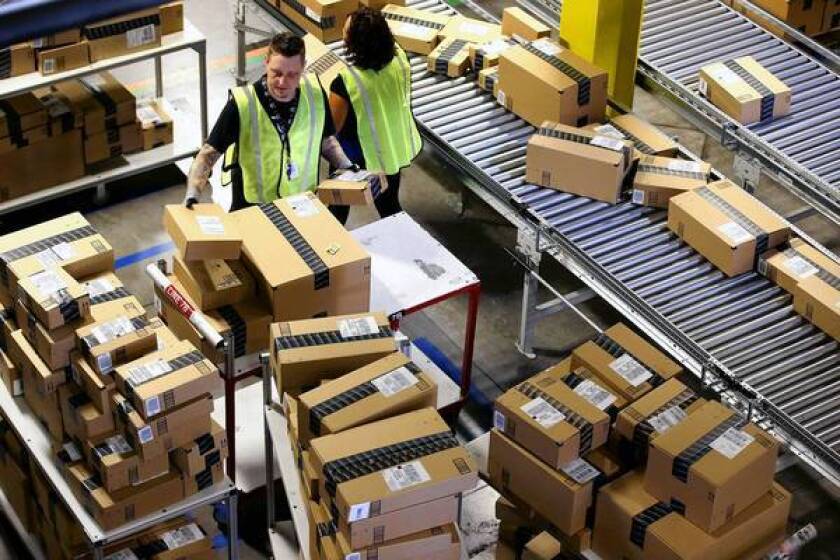 NEW YORK — Black Friday hit a record $7.4 billion in U.S. online sales as many shoppers spent the day clicking instead of lining up to buy.

It was the second-biggest U.S. online sales day ever, behind 2018 Cyber Monday’s $7.9 billion, according to a survey of 80 of the top 100 U.S. online retailers from Adobe Analytics.

Shoppers increasingly favor buying online from the start of the holiday season, rather than waiting for Cyber Monday as they may have a few years ago. That’s in part as they transition to purchasing via mobile devices instead of using computers — often at the office after the holiday weekend.

Purchases made by smartphone Friday accounted for $2.9 billion in sales, the most ever.

But some shoppers still prefer the Black Friday in-store experience, which can be a family hunting-and-gathering expedition after Thanksgiving festivities.

For example, the Best Buy in Brooklyn‘s Atlantic Terminal Mall sold out of Apple iPhone 11 and iPhone 11 Pros on Friday and had lines stretching the length of the store, with shoppers picking up Microsoft Xbox and Nintendo Switch gaming consoles, among other big-ticket items.

One out of 5 dollars this holiday season will be spent between Thanksgiving Day and Cyber Monday, according to Adobe figures, which are similar to estimates provided by Salesforce. Cyber Monday sales are poised to outshine 2018’s record by 19%.