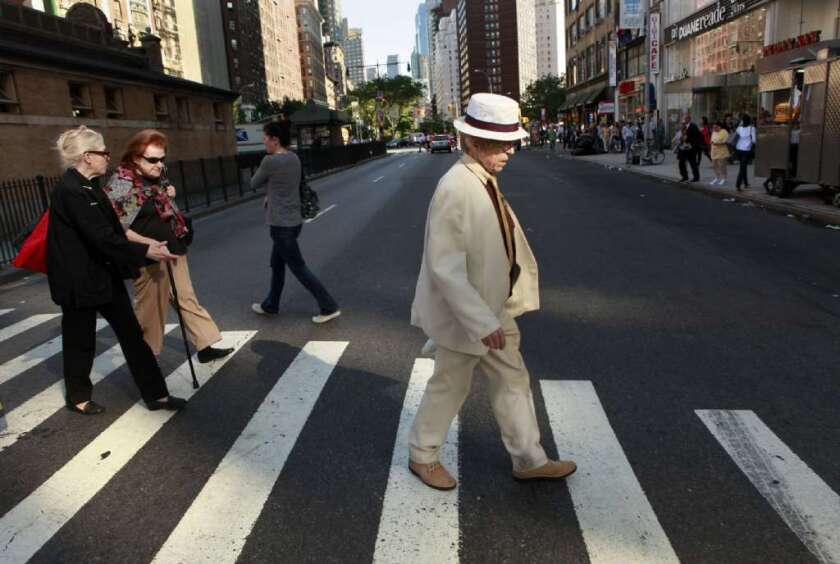 The majority of Americans living alone are at risk of not being able to pay for basic needs.

That’s according to new estimates of financial insecurity among Americans 65 and older from the Gerontology Institute at the University of Massachusetts Boston.

“As an increasing number of baby boomers retire, we’ll see more and more Americans struggle to get by on just their Social Security checks,” said Rep. Carolyn B. Maloney (D-N.Y.), vice chairwoman of the Joint Economic Committee, in emailed comments.

The Elder Index, calculated by the university and other researchers, tracks the income needed for older adults in good health. It shows that on average a single homeowner without a mortgage requires $21,012 a year to pay for basic needs; a couple would require $31,800. Regional price variations change the estimates significantly.

The estimated budget covers basic needs such as housing and food but excludes vacations, restaurant meals and entertainment expenses. Regionally, the cost of living independently ranges from $21,504 for singles renting in Alabama to a high of $33,060 in the nation’s capital.

California ranks sixth, with the cost of living independently for singles at $30,276 and for couples at $40,380.

When that cost of living is weighed against older people’s incomes, the index shows that half of singles and 23% of couples lack the financial resources to cover basic needs.

States in the Northeast constitute the majority of the 10 states with the largest elder economic insecurity rates, with Massachusetts highest for singles (61.7%) and Vermont for couples (34.8%). The costliest states also break down overwhelmingly as those that tend to vote Democratic, while the most affordable generally lean Republican.

“As the older adult population grows, the federal government and each state must learn to recognize the security gap and those who fall into it,” the report concluded.

Although the research highlights the economic security challenges for many older adults who live independently, the situation is probably even worse for those who aren’t in good health.

Almost one-fifth of Americans 65 and older are struggling with poor health, according to a recent report from the Centers for Disease Control and Prevention. One in 5 reported “a lot of difficulty” and an additional 4 in 10 have “some difficulty” in at least one category including vision, hearing, mobility, communication, cognition and self-care. Such limitations probably add to expenses.