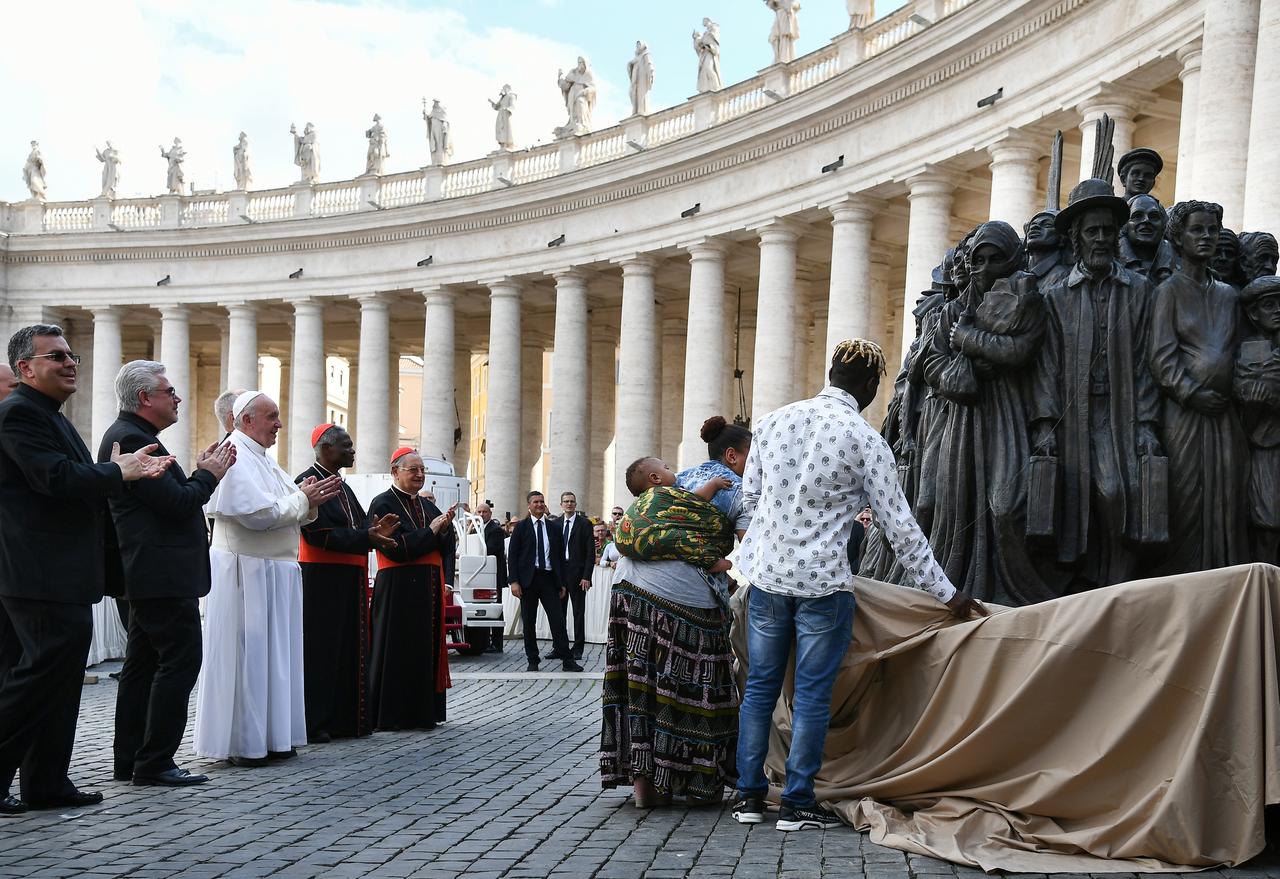 Pope Francis attends the unveiling of a sculpture depicting a group of migrants of various cultures and from different historic times, following a mass for World Day of Migrants and Refugees, at St. Peter’s Square at the Vatican September 29, 2019. REUTERS/Vincenzo Pinto/Pool

The 82-year-old Argentine pope, whose parents were of Italian immigrant stock, has made the defense of migrants and refugees a plank of his pontificate and he has often clashed over immigration policy with U.S. President Donald Trump and populist anti-immigrant politicians in Europe.

Francis has also criticized the arms trade repeatedly and his sermon for 40,000 people in St. Peter’s Square on Sunday linked the issues of war and migration as the Roman Catholic Church marked its World Day of Migrants and Refugees.

“Wars only affect some regions of the world, yet weapons of war are produced and sold in other regions which are then unwilling to take in the refugees generated by these conflicts,” Francis said.

Sunday’s Mass was attended by many immigrants and groups helping them. It was also marked by a mix of African, Spanish and Portuguese music as well as traditional Church music.

Francis said the world is becoming increasingly “elitist and cruel toward the excluded”, adding that it is the duty of Christians to look after all those left behind in a “throwaway culture” taking root in society.

“This means being a neighbor to all those who are mistreated and abandoned on the streets of our world, soothing their wounds and bringing them to the nearest shelter, where their needs can be met,” he said.

People could not remain indifferent to “the bleak isolation, contempt and discrimination experienced by those who do not belong to ‘our’ group”, the pope said.

Francis then inaugurated a large statue in St. Peter’s Square, showing dozens of migrants and refugees from different faiths and different periods of history.