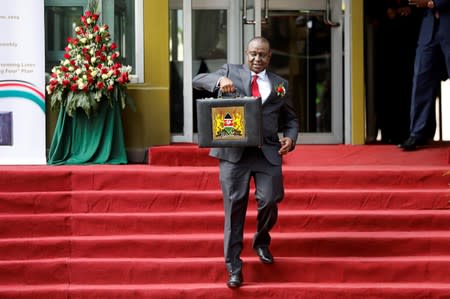 NAIROBI (Reuters) – Kenya’s finance minister will be arrested and charged over allegations of corruption related to the construction of two dams, Kenya’s chief prosecutor said on Monday.

The charges against Henry Rotich stem from a police investigation into the misuse of funds in a dam project overseen by the Italian construction company CMC Di Ravenna. Rotich denied any wrongdoing in a large newspaper advertisement in March. The company has also denied any wrongdoing.

Rotich will be charged alongside a host of other senior officials, including his number two at the ministry, Kamau Thugge, who is the principal secretary.

“They broke the law on public finance management,” Noordin Haji, the director of public prosecutions, told a news conference.

The indictment of Rotich is likely to send shockwaves through the Kenyan political elite, who are accustomed to lurid graft scandals resulting in little official action.

Source: Kenyan finance minister to be arrested and charged over graft: prosecutor – Reuters