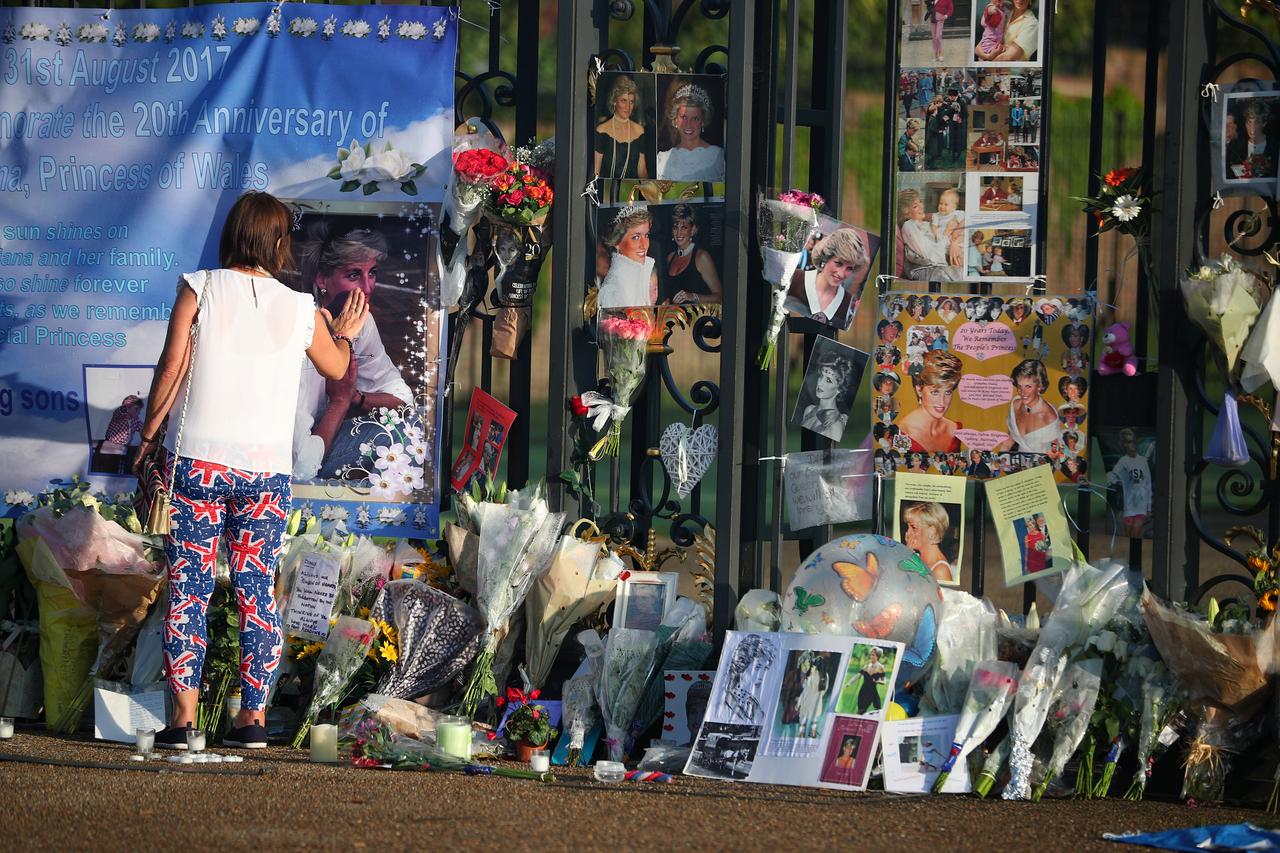 Flowers and tributes are left in memory of the late Princess Diana, at the gates of her former residence in Kensington Palace on the twentieth anniversary of her death, in London, Britain August 31, 2017.

LONDON (Reuters) – Fans of Princess Diana gathered at dawn at the gates of Kensington Palace on Thursday to celebrate the life of a woman who reshaped Britain and its royal family when she died 20 years ago.

Laying flickering candles in the dark, supporters met where tens of thousands had flocked in 1997 to mark the death of one of the most famous women in the world in a Paris car crash.

Her death at the age of 36 prompted the biggest outpouring of grief seen in Britain in recent times and is regarded as a key turning point in how the royal family relates to the public.

With traditional restraint giving way to expressions of emotion, Diana’s sons William and Harry have led the way by speaking openly about the trauma they suffered when they lost their mother, as part of a wider campaign of talking about mental health issues.

Flowers and tributes are left in memory of the late Princess Diana, at the gates of her former residence in Kensington Palace on the twentieth anniversary of her death, in London, Britain August 31, 2017.Hannah McKay

“No one alive 20 years ago today will forget the moment they heard Princess Di was dead, or the nationwide grief that erupted,” the biggest selling Sun newspaper said on Thursday.

“Young people may wonder why Di’s death still makes headlines. But the world of 2017 would not be the same had she not been who she was.”

The 20th anniversary of Diana’s death has prompted a renewed fascination with a woman who made headlines around the world when she married heir-to-the-throne Charles in a fairytale wedding in 1981 before the couple divorced in bitter circumstances in 1996.

”We’ve been doing this for 20 years,“ 41-year-old Nicky Surridge told Reuters. ”I used to follow her when she was alive, my house is still a shrine to her. She was just a really lovely lady. She was a princess but very normal and caring.

“I stayed here for a week (20 years ago). It was very sad then, but now we come and celebrate her life.”

Source: Fans gather at dawn to remember Diana 20 years after her death