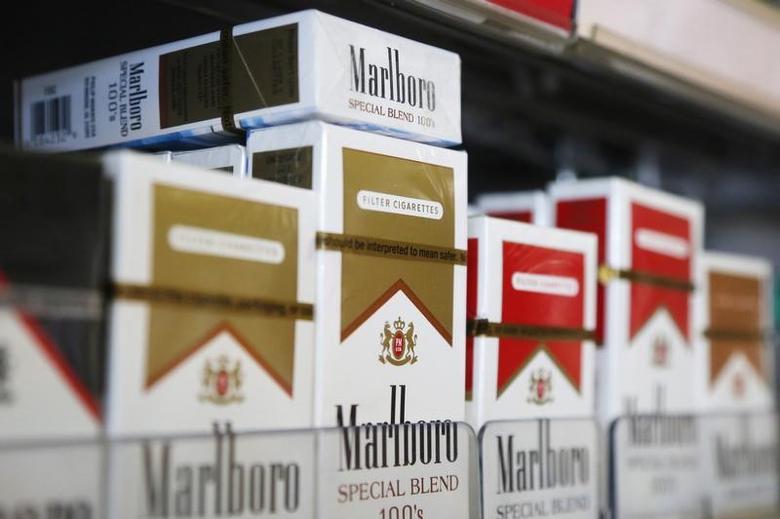 Philip Morris International (PM.N), the world’s largest international tobacco company, said it could eventually stub out cigarette sales as it launched an alternative product in Britain on Wednesday.

Underlining the regulatory pressures facing the tobacco industry, a British court also on Wednesday rejected an appeal against new rules prohibiting the use of marketing such as logos or colors on cigarette packs.

The British government’s victory could spur other countries to follow suit, highlighting the need for tobacco companies to develop alternatives to cigarettes to respond to health concerns that are leading more people to quit the deadly habit.

Executives from Philip Morris, which sells Marlboros everywhere except the United States, said their ultimate goal was to phase out cigarettes.

“We certainly see a future where Philip Morris no longer will be selling cigarettes in the market,” Martin Inkster, managing director of Philip Morris UK and Ireland, told Reuters.

He said that would take many years and require the help of governments and regulators. Philip Morris still produces more than 870 billion cigarettes each year.

The result of a decade of research and $3 billion of investment, the company said its new IQOS product was a step toward a smokeless future.

The device, already on sale in over a dozen markets including Japan, Switzerland and Italy, heats tobacco enough to produce a vapor without burning it. The company says the vapor has less than 10 percent of the amount of harmful chemicals found in cigarette smoke.

Philip Morris was the only of the big four tobacco companies not to challenge a previous UK court ruling upholding the government’s plain packaging law, saying it preferred to focus on lower-risk products, which are a tiny market now, but should grow in coming years.

It expects to have IQOS in 20 markets by the end of this year, and as many as 35 by the end of next year. Japan Tobacco International (2914.T) and British American Tobacco (BATS.L) have their own tobacco-based products and are pushing hard to catch up.

Imperial Brands (IMB.L) has so far stuck with e-cigarettes, which use nicotine-laced liquid. The other companies also sell e-cigarettes, as do many independent start-ups.

Philip Morris says its “heat not burn” tobacco products should have a more authentic feel and appeal to smokers who find it hard to stick with e-cigarettes.

“If smokers switch to electronic cigarettes or other products that can be shown to cut the risks to their health, this could lead to a big improvement in public health,” said Deborah Arnott, chief executive of UK health charity Action on Smoking and Health.

“But we need independent evidence to support any claims made by the tobacco industry.”

ASH said that until independent evidence shows that IQOS and similar products are substantially less harmful than smoking, they should be regulated in the same way as cigarettes.