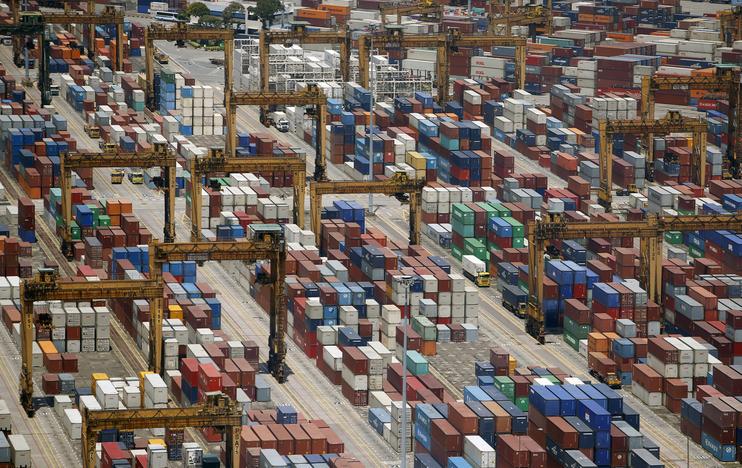 Asian currency policymakers are worried that the strengthening of the dollar on expectations of U.S. President-elect Donald Trump’s fiscal policies could be used by his administration as a stick to beat them with on trade protectionist grounds.

China, Japan, South Korea and Taiwan are already on the U.S. Treasury’s monitoring list, along with Germany and Switzerland, having met some of the conditions to be labeled a currency manipulator, and are wary of the criteria being changed to make it easier.

The dollar’s post-election surge, which has taken it to eight-year highs against China’s yuan and 5-1/2 month highs against Japan’s yen this week, has been driven by views that Trump’s spending and tax plans will lead to higher interest rates.

“Weaker currencies will give an excuse for Trump to blame Asian countries, particularly China, for manipulating exchange rates,” a Japanese official with knowledge of currency policy told Reuters.

Asia’s trade surpluses with the United States were firmly in Trump’s sights during the election campaign. U.S. government data shows China ran a surplus last year of $366 billion, while Japan had a surplus of $69 billion, South Korea $28 billion, and Taiwan $15 billion.

Trump said he would label China a currency manipulator on his first day in office, allowing him to slap 45 percent across-the-board tariffs on its exports, and accused other Asian nations of unfair trade practices.

“A major shift toward trade protectionism in the U.S. could have a significant impact on Asian economies,” Fitch Ratings said in a report.

“Disruption to trade between China and the U.S. would have ramifications for the region,” Fitch said, adding they expected the new administration would pursue incremental measures, such as raising more trade dispute cases at the World Trade Organization.

The surplus levels and degree of intervention that trigger those conditions could be changed, however, making it easier to fall foul of the “manipulator” label.

“With Republicans in control of Congress, we think a Trump administration would secure passage of legislation relaxing the criteria,” ING chief Asia economist Tim Condon said in a report.

South Korea is already bracing for tougher scrutiny under Trump and is anxious not to be tripped up by any such rule changes.

“We’re paying close attention to make sure (South Korea) is not added to the list of ‘enhanced analysis’ or ‘currency manipulators’, even if the rules are strengthened,” a South Korean foreign exchange official told Reuters.

Japanese Prime Minister Shinzo Abe on Thursday became the first foreign leader to meet with Trump since the election. Abe was seeking clarity on a range of campaign statements by the president-elect, but would not disclose specifics of the conversation.

China has warned Trump about putting up trade barriers, with President Xi Jinping telling him on Monday that cooperation was “the only choice” for relations between the world’s two largest economies.

Part of the difficulty for policymakers in Asia trying to prepare for the new administration is that Trump spoke in broad terms to a domestic audience, but with no track record in public office to go by, it is hard to gauge how or if that rhetoric will translate into policy.

“The policies of President-elect Trump will be hard to match what he was promoting during his election campaign,” a Taiwanese central bank official told Reuters.

“For example, Trump in his campaign had said he wanted Apple Inc and other companies to repatriate their profits home. This could lead to a stronger U.S. dollar, which doesn’t seem to be what Trump wants.”

And with global markets driving the broad gains in the dollar, it is not clear what Asian economies could do to stop their currencies from weakening.With dollar-selling intervention not considered a realistic option, there is little Tokyo could do except argue that Japan is a job creator in America, through Japanese companies operating there, not “stealing jobs”.

Indeed, should Trump want America’s main trading partners to reverse their falling currencies, he might have to aim for coordinated action such as a repeat of the 1985 Plaza Accord deal to stabilize currency rates, the Japanese official said.

“That would be impossible, though, unless the dollar rises further to the point that draws sympathy from Japan and Europe,” the official said.