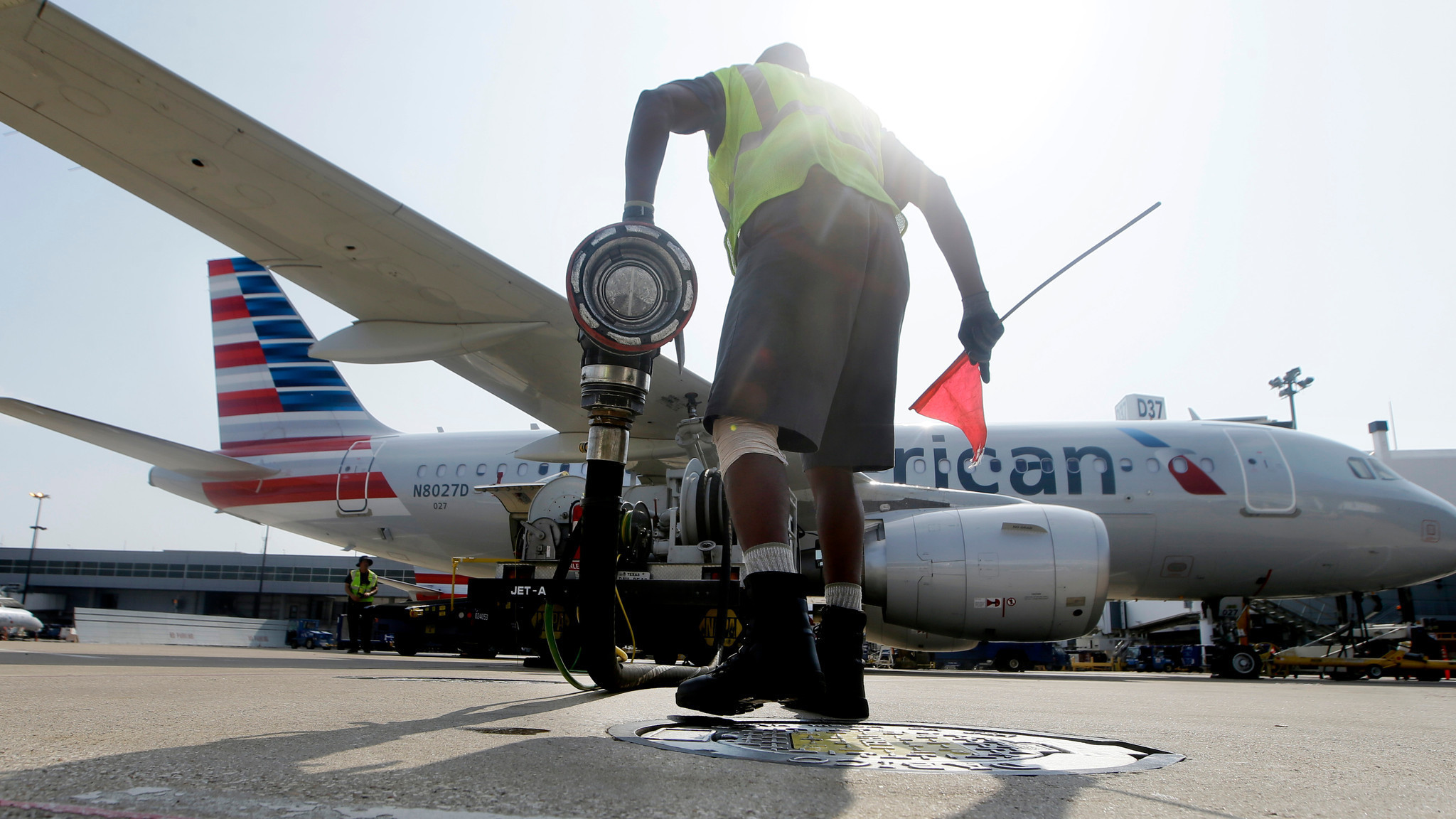 Lower fuel costs and increased competition from low-cost airlines have pushed the price of domestic airline tickets to the lowest level since 2010, according to federal data.

The price is the lowest first-quarter average domestic price since 2010, when it was $359, adjusted for inflation.

“Customers are benefiting from lower fuel prices and increased competition every day, as flying is affordable and accessible to the many, not just the elite few, as evidenced by the record number of people flying over the summer travel period,” said Vaughn Jennings, a spokesman for Airlines for America, a trade group for the nation’s air carriers.

Lower fuel prices have helped keep airfares down since the end of 2014 while demand for travel has remained steady. The price of a gallon of jet fuel in North America is $1.25, 22% cheaper than a year earlier, according to the International Air Transport Assn., a trade group for the world’s airlines.

Another factor may be the growing influence of low-cost carriers such as Spirit Airlines and Frontier Airlines, which have forced American, Delta, United and other major carriers to introduce bare-bones fares to better compete.

But airlines may also be seeing a slight drop in demand from business travelers, which forces carriers to introduce limited-time bargain fares to fill the empty seats, said Rick Seaney, an airfare expert and chief executive of the travel site Farecompare.com.

“There could be a combination of many things,” he said.

Travelers may not feel the full effect of the decline because the federal data show that airlines are collecting less revenue from airfares and more from ancillary costs such as charges to check luggage and fees for food, drinks and onboard Wi-Fi.

In the first quarter of the year, airlines collected about 74% of all revenue from airline tickets. That compares with  89% of revenue from airfares in 2000, according to the Bureau of Transportation Statistics.