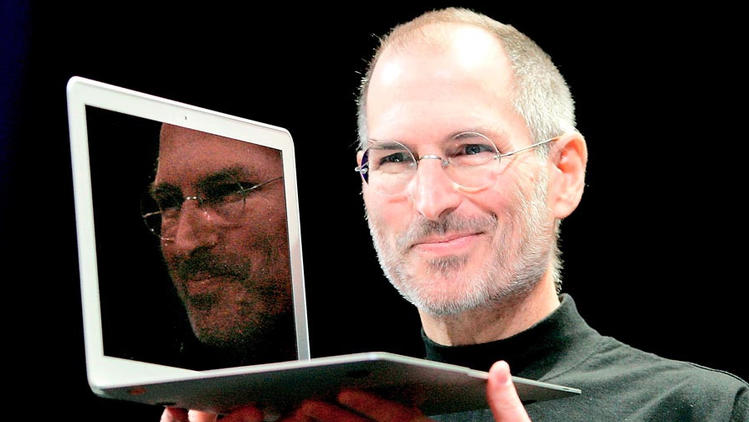 Glory days? Steve Jobs introduces the then-new MacBook Air in 2008. But even he had trouble keeping Apple’s software teams up to snuff.

There always have been two great virtues in  Apple ‘s policy of keeping the development of hardware and core software in-house: their seamless integration with each other and their quality.

Lately, however, these virtues have started to disappear. The last few weeks have seen an explosion of discontent with the quality of the core apps of Apple’s iPhones, iPads and Mac computers — not only its OS X and iOS operating systems, but programs and services such as iTunes, Music, iCloud and Photos. Not only do the programs work poorly for many users, but they don’t link Apple devices together as reliably as they should. These complaints aren’t coming merely from users but several widely followed tech commentators who used to fit reliably in the category of Apple fans.

Walt Mossberg, for one. As a technology reviewer at the Wall Street Journal and subsequently co-founder of the tech news site Re/code, Mossberg consistently rallied in favor of Apple products. Steve Jobs reportedly once slammed a problem-plagued rollout of a new service by shouting, “Mossberg, our friend, is no longer writing good things about us.”

But just last week, Mossberg pointed to “a gradual degradation in the quality and reliability of Apple’s core apps.” He fingered iTunes for the desktop (“I dread opening the thing”), and the Mail, Photos, and iCloud programs. Not even Mossberg could get a cogent response from Apple, which told him: “We have dedicated software teams across multiple platforms. The effort is as strong there as it has ever been.”

Veteran Apple-watchers John Gruber andJim Dalrymple have joined the chorus. General tech consumer sites such as Engadget have taken notice that Apple has been pushing new apps that consumers don’t want or use, while its traditional programs have yielded to better offerings by non-Apple developers. “Raise your hand if you have a folder on your iPhonefull of native Apple apps you never use … yup, that’s a lot of you,” Engadget’s Nathan Ingraham wrote last week. “Now raise your hand if you use iCloud Mail, iCloud Drive or the default iOS Notes or Reminders apps instead of third-party options like Gmail, Dropbox, Wunderlist, Evernote and so on. Not nearly as many of you are raising your hand this time.”

Our own personal complaint involves Preview, a program that comes with every MacBook for reading and annotating PDFs and other page and image files. We do a lot of research using PDFs, so Preview’s excellent features for highlighting and annotating them make it a must-use. But Preview crashes all the time. It commonly freezes or shuts down, sometimes taking the entire computer with it, when asked to render pages that Adobe Acrobat, the leading third-party PDF reader, handles with ease.

Preview users have been pleading with Apple for years on the company’s user forums to fix Previews’s propensity for crashing. But Apple has failed to do so, or even to acknowledge the complaints, over three or four successive releases of new operating systems.

That’s not even to mention the company’s habit of releasing operating system upgrades brimming with bugs that require several patch releases to correct.

These criticisms aren’t new. A surge in complaints appears pretty much every year at about this time. One Apple blogger published a full page of links to software complaints — in 2014! — and followed up with another full page a year later.

Conjectures about why Apple can’t get its software act together abound. The most common is that the company has become so trapped in its cycle of annual hardware upgrades — a new iPhone had better appear every September, or else — that it’s simply incapable of keeping its software maintained. Programmer Marco Arment, in a widely-read comment last year, speculated that “the rapid decline of Apple’s software is a sign that marketing is too high a priority at Apple today: having major new releases every year is clearly impossible for the engineering teams to keep up with while maintaining quality. … They’re doing too much, with unrealistic deadlines.”

Others wonder if Apple isn’t running into the same problem that bedeviled its arch-rival Microsoft for years: It’s building new functions on top of an outdated core, rather than scrapping the core and rebuilding from scratch. This process turned Microsoft Windows into a barnacled monstrosity, and the same thing could be happening with OS X and iOS.

Programming veterans know that turning out glitch-free software can be the most onerous task in any organization. IBM project manager Frederick Brooks showed in his classic 1975 book, “The Mythical Man-Month,” that adding manpower to a software project only slowed it down, and the search for a “silver bullet” to improve software productivity was fruitless.

That episode with Steve Jobs and the disappointing software release may be a good illustration. His target was MobileMe, an app designed to allow users of Apple desktops and mobile devices to communicate with one another. That was 2008. MobileMe was the precursor to iCloud, which Apple still hasn’t gotten right, eight years later.

Yet other companies are getting right what Apple’s getting wrong. In the past, few users would contemplate scrapping a native Apple program for a third-party alternative. Now, as Engadget observed, these are common. What’s worse, Microsoft, against which Apple always measured its software’s elegance and seamlessness, has shed its old shortcomings — its Windows 10, released last year, garnered almost universal raves.

It’s doubtful that Apple’s millions of devoted users, locked into its interoperable ecosystem of Macs, iPhones, and iPads, will think about abandoning the company any time soon. But new phone, tablet, and laptop customers may be taking a closer look at alternatives, including Google Android-powered units as well as Microsoft devices, than they might have only a couple of years ago.

The risk for Apple is that, hounded into keeping its hardware products secure at the top of the consumer pyramid, its reputation is changing from a company whose software “just works” (as Steve Jobs used to declare) to one that just doesn’t give a damn.

Source: Apple takes its eye off the ball: Why Apple fans are really coming to hate Apple software – LA Times