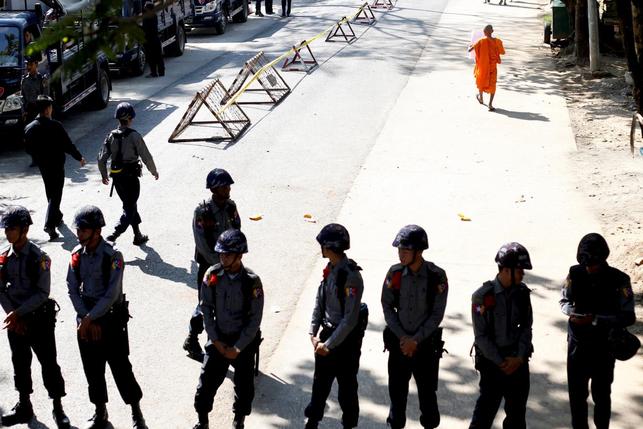 Thailand’s prime minister lashed out on Monday at protesters who took to the streets of Myanmar’s Yangon on the weekend after a Thai court sentenced two Myanmar migrant workers to death for murdering two British tourists.

Thai Prime Minister Prayuth Chan-ocha said critics should respect the verdict and that Thailand’s justice system would not bow to public pressure.

“They have the right to appeal, right? Laws all over the world have this. Or should Thai law not have this? Is it the case that we should release all people when pressured?,” a visibly angry Prayuth told reporters before boarding a plane to the southern province of Surat Thani.

Zaw Lin and Win Zaw Htun, both 22, were found guilty by a Thai court on Thursday of killing Hannah Witheridge, 23, and David Miller, 24, whose battered bodies were found on a beach on the southern Thai holiday island of Koh Tao in 2014.

The verdicts sparked anger in Myanmar where hundreds have held daily protests outside the Thai Embassy in Yangon, Myanmar’s biggest city, calling for the two to be released.

Protesters said the two men were used as scapegoats by authorities in an effort to close the high-profile case.

On Saturday, Myanmar’s army chief called for Thailand to review the sentencing of the two men.

The murders on Koh Tao, a laid-back divers’ paradise, sullied Thailand’s image as a tourist haven.

A police investigation into the killings was riddled with allegations of police incompetence, torture and mishandling of evidence, but a judge dismissed allegations of torture, saying there was no evidence it took place.

The court based its ruling on DNA evidence that it said linked Zaw Lin and Win Zaw Htun to the crime, including samples collected from Witheridge’s body.

Both men were also found guilty of raping Witheridge.

On Saturday, the two were moved from Koh Samui prison, where they have been in custody for the past 14 months, to a high-security prison in the southern province of Nakhon Si Thammarat.

A lawyer for the men has said they would appeal within one month.