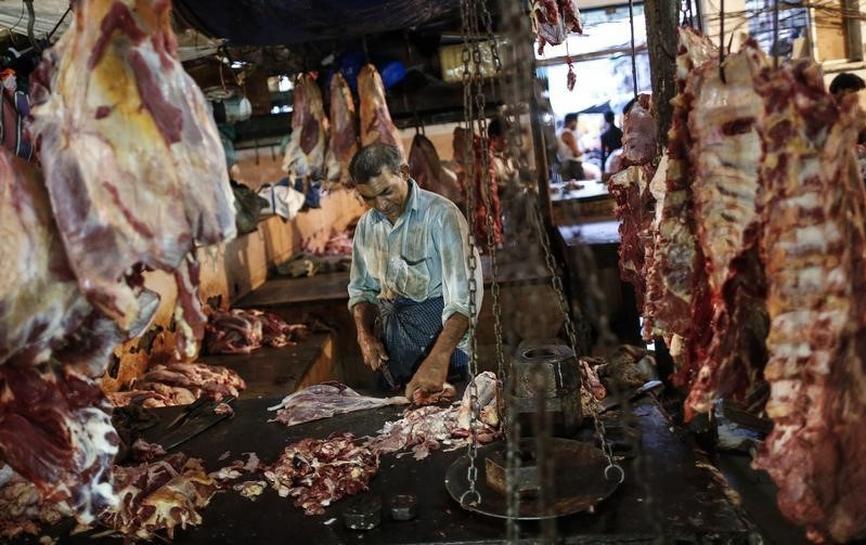 The head of an Indian state belonging to Prime Minister Narendra Modi’s ruling party has urged the country’s minority Muslims to stop eating beef out of respect for the sentiments of Hindus, a call that could further inflame social divisions.

The comments by Manohar Lal Khattar, chief minister of the northern state of Haryana, come after a Hindu mob lynched a Muslim man over rumors he ate beef, fuelling a fierce debate over rising intolerance towards religious minorities in India.

Cows are considered holy by many, but not all, Hindus, who form a majority of India’s population of 1.2 billion. Beef is eaten by Muslims and Christians, as well as many lower-caste Hindus.

Although Modi’s Hindu nationalist Bharatiya Janata Party and its allies have long campaigned for a ban on cow slaughter, India has emerged as the world’s largest exporter of beef. The trade is mostly run by Muslims.

“In this country, they (Muslims) will have to give up eating beef,” Khattar told the Indian Express newspaper in an interview.

“They can be Muslim even after they stop eating beef, can’t they? It is written nowhere that Muslims have to eat beef, nor is it written anywhere in Christianity that they have to eat beef.”

Khattar said the killing in Dadri, in the northern state of Uttar Pradesh, just 76 km (47 miles) distant from the capital, New Delhi, was wrong, but attributed it to a “misunderstanding” caused by “loose” comments about cows.

The lynching drew widespread condemnation. More than 20 writers have returned awards in the past two weeks, saying India’s secular fabric was under attack from Modi’s hardline Hindu nationalist supporters.

Modi called the lynching “sad” and “unwelcome” in his first response this week, after weeks of silence. But critics say his decision to remain silent about several incidents deemed anti-Muslim has only emboldened his hardline supporters.

Political opponents have accused Modi’s party of looking to create religious tension ahead of a crucial electoral test this month in the northern state of Bihar.

Modi’s government has clamped down on the illegal trade of cattle with Muslim-majority neighbor Bangladesh, and two states ruled by his party have tightened laws to protect cows.