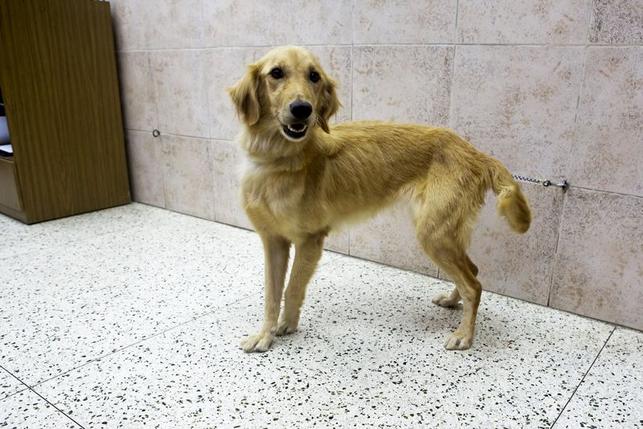 Venezuelan pet shops are struggling to stock shelves with food and medicine due to economic crisis, forcing dog and cat owners to stretch feed and police to ration food for canine units.

Shoppers already face long supermarket lines for staples like corn flour and toilet paper as the combination of falling oil prices and a decaying state-led economic model has left the OPEC nation with chronic product shortages.

Pet owners are facing the same problems because feed manufacturers have had to slow or halt operations for lack of dollars to import raw materials such as white corn and soy.

“I only have two or three kilos (of dog food) left,” said Maura Morales, 41, as she searched Caracas pet store Don Perro for food for her dog Milo. “If I can’t find more, I’ll give him rice and carrots.”

The police force of Miranda state is rationing food for dogs that are trained to protect officers and sniff out guns and drugs, according to police chief Francisco Escalona.

Homemade pet foods made from chicken or beef are not practical alternatives because those meats are in short supply or prohibitively expensive to use as animal feed.

The Venezuelan division of Purina, owned by Swiss food giant Nestle, says it has reduced the variety of pet food products it offers to maximize its scarce raw materials and continue supplying the market.

The company said its local production has returned to full capacity after raw materials shortages forced it to slow output several months back, which at the time left pet store shelves bare.

Protinal-Proagrom, the country’s leading producer of chicken feed, is producing intermittently due to lack of raw materials, a union leader told local media.

The company did not respond to request for comment.

The government of President Nicolas Maduro says the shortages are caused by an “economic war” led by businesses and opposition politicians.

Shortages of pet food have made it difficult for animal shelters to find homes for stray dogs and cats, which are in some cases abandoned by families that emigrate.

“We have around 170 cats and dogs that are seeking homes, said Mariant Lameda of the non-profit Canine Support Network. “The situation with pet food is critical, and obviously this is affecting adoptions.”