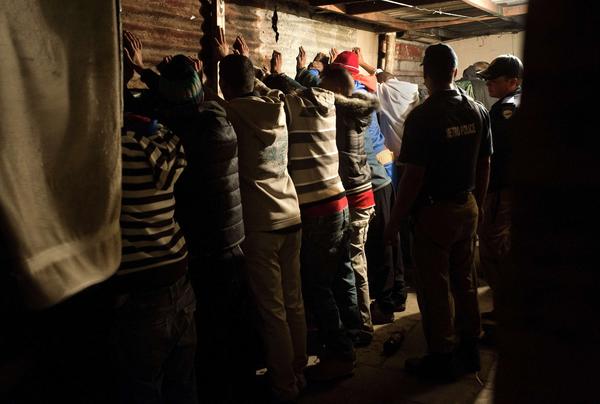 JOHANNESBURG, South Africa — South Africa’s high walls, electric fences and lurid headlines are all part of the country’s obsession with violent crime. But the release of national crime statistics is an annual ritual that sparks anxiety like little else.

The 2012-13 statistics released Thursday are the worst in a decade, analysts said. The figures show increases in the crimes South Africans fear most: murder; attempted murder; violent, armed house robbery; and carjacking.

South Africa has some of the world’s highest rates of violent crime, with casualty figures mounting like those in a small war. The country had slowly whittled down its murder rate since 1995, but this year’s marginal increase raised fears that the battle against crime may have stalled.

The Institute for Security Studies, a South African think tank, said the figures were presented in a “vague” manner, making analysis difficult. Only the percentage change was provided, without the raw figures.

But Gareth Newham, a crime analyst with the institute, said the rates had stabilized at high levels in the last four years, despite tens of thousands of additional police officers on the streets.

“Serious and violent crime is increasing in South Africa. This shows that government’s approach to crime is not working,” Newham said in a statement. “Violence remains unacceptably high and should be treated as a serious crisis that stands in the way of South Africa’s social and economic development.”

National Police Commissioner Riah Phiyega denied that crime was out of control, pointing to a gradual reduction in reported incidents since 2003.

“There is no doubt in my mind that the crime situation is under control,” she said.

Newham said most violent crimes occur between individuals who know each other, in their houses or out of public view, making them difficult to police.

“While the police cannot be expected to prevent violent, interpersonal crimes, good policing can lead to a reduction in most kinds of robbery,” Newham said. “Increases in these crimes suggest that the police are struggling to effectively identify and apprehend the relatively small number of people who commit these crimes.”

Police Minister Nathi Mthethwa, who released the statistics, said the government would redouble its efforts to reduce crime.

“We will work double hard to ensure this slight increase is rerouted to the downward trends that we experienced over the past nine years,” he said.

He said the level of rape and other sexual violence was unacceptable, although sexual offenses were down 0.4%.

South African police have been under fire in recent months because of the high number of officer-involved killings, assaults on suspects and other offenses.

On Thursday, a commission looking into the police killing of 34 striking miners at a platinum mine last year said it had obtained documents indicating that the police version of events was “in material respects not the truth.”

Police officers say they acted in self-defense and had no choice but to open fire when the miners charged their position. The commission accused the officers of falsifying documents related to the incident and concealing others. The inquiry continues.

Violent crime on the rise again in South Africa – latimes.com.