Toronto Film Festival: With Kevin Kline as the faded swashbuckler and Dakota Fanning as Flynn’s jailbait lover, the filmmakers just need a distributor. 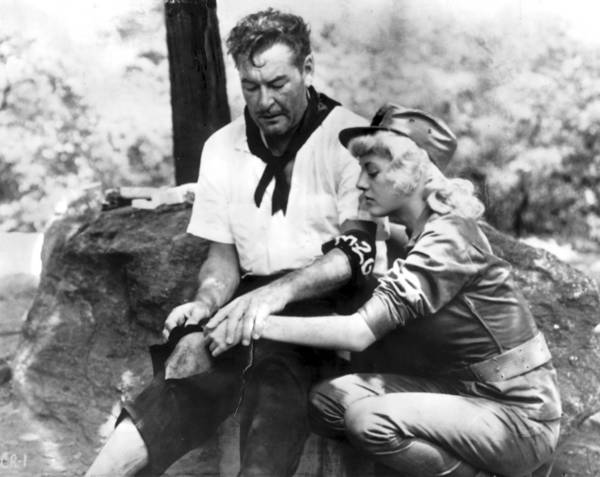 Joan Crawford once described Errol Flynn as “the most beautiful man who ever lived.”

But that was when Flynn was the charming, dashing and devilishly handsome star of such Warner Bros. swashbucklers as 1935’s “Captain Blood,” 1938’s “The Adventures of Robin Hood” and 1940’s “The Sea Hawk.”

By 1957, though, Flynn’s hedonistic lifestyle of booze, drugs and young women — he was tried and acquitted in 1942 in the alleged statutory rape of two teenage girls — had caught up with him. He was a dissipated 48. And his personal life was in shambles, having recently separated from his third wife, actress Patrice Wymore.

Flynn was at Warner Bros. that year to play his late drinking buddy John Barrymore in “Too Much, Too Soon” when a leggy blond named Beverly Aadland, who was working on the lot in the movie “Marjorie Morningstar,” caught his attention. Though she was only 15, Beverly was passing for 18.

The two quickly became a couple and Beverly’s ambitious mother, Florence, not only encouraged the relationship but often accompanied them as Beverly’s “chaperone.” Because Flynn referred to “Woodsie” — his nickname for Beverly — as his protégée, the tabloids and newspapers went into a frenzy when it was discovered after his death of a heart attack at the age of 50 in 1959 the true nature of their relationship.

Now filmmakers Richard Glatzer and Wash Westmoreland (“The Fluffer,” “Quinceañera”) are bringing this most unlikely love affair to the big screen in “The Last of Robin Hood,” which premieres Friday at the Toronto Film Festival, where the filmmakers hope to get a distribution deal.

The indie film stars Kevin Kline as Flynn, Dakota Fanning as Beverly and Susan Sarandon as the ultimate stage mother.

Two years after Flynn’s death, Florence Aadland collaborated with Tedd Thomey on the truly bizarre 1961 book about her daughter’s affair called “The Big Love.” “There’s one thing I want to make clear right off: my baby was a virgin the day she met Errol Flynn,” Florence states in the opening paragraph.

It was that book that inspired the team to make “The Last of Robin Hood.”

“Richard always thought it was wonderful book and had so much stuff between the lines,” said Westmoreland over the phone this week. Glatzer, who suffers from ALS, lost the use of his voice during the production and spoke through a text program on his iPad during the interview.

A decade ago, the duo contacted the late Beverly Aadland, who after two failed marriages found happiness with her third husband, Ronald Fisher, and had a daughter, Aadlanda.

“We went up to Palmdale and got on very well with her,” said Westmoreland. “She was very guarded but pleasant. Over time, we visited her probably 10 or 11 times just to sit down and talk about what happened and got her side of the story. She trusted us more and more.”

Beverly Aadland didn’t have a typical upbringing. Her mother enrolled her in singing and dancing classes at the age of 2. Thanks to a fake birth certificate that stated she was three years older than she actually was, Beverly worked in Las Vegas shows during summer vacations from school.

Glatzer described Florence Aadland’s complicity in her daughter’s relationship as “willful blindness,” even after she discovered that Flynn had allegedly raped her daughter on their first date.

“Hollywood for Florence was kind of a religion,” said Westmoreland. “She wanted the immortality of Hollywood as sort of a validation of her own life. I think that allowed her to step out of any conventional moral codes.”

Though “The Big Love” inspired the filmmakers, the movie is also based on other material about Flynn, as well as their interviews with Beverly Aadland and Flynn’s chauffeur, Ronald Shedlo, who later became a film producer,

They wrote the screenplay in 2007 but for “various reasons it didn’t move forward’ until just after Beverly Aadland’s death in 2010. Producer Maggie Malina sent it out as a writing sample and it ended up on the desk of Kline, who read the script and wanted to do it. Producers Christine Vachon and Pamela Koffler of Killer Films came on board along with A+E films.

The filmmakers sent the script to Sarandon. “She met us for coffee and said, ‘Let’s do it,'” said Glatzer.

Finding the perfect Beverly took a longer because they couldn’t find a young actress with the “right quality,” said Westmoreland. “Then we heard Dakota was interested.”

The film was shot in a tight 21 days in Atlanta, with one day of second-unit work in Los Angeles for exteriors. Beverly’s husband and daughter, who appear as extras in the film, recently saw “The Last of Robin Hood.”

“It was very emotional and wonderful,” said Westmoreland.

“The Last of Robin Hood” also features Flynn’s grandson, Sean Flynn, in the role of a grip who flirts with Beverly on the set of “Cuban Rebel Girls,” the disastrous low-budget drama the couple made in Cuba in 1959.

The filmmakers said working with Kline was an emotional experience for the young actor. “He said, ‘I never got to know my grandfather, but now I feel that I met him,'” said Westmoreland.