President Morsi has enraged residents in Luxor, one of Egypt’s main tourism destinations, by appointing as governor a former member of Al Gamaa al-Islamiyya. 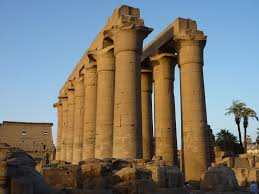 Residents of this tourist-reliant city are seething over the appointment of a new governor for their area who belongs to the political party of a former militant group that killed dozens of tourists in Luxor in 1997.

A crowd gathered outside the office of the new appointee, Adel El Khayat, yesterday, chanting “terrorist” and vowing to prevent him from entering the building. Although he was not personally involved in the attacks, many of the protesters fear that his membership in Al Gamaa al-Islamiyya, which once waged a bloody campaign on tourists and continues to voice disapproval of Western tourism, will scare off foreign visitors.

Today protesters burned tires in front of the governor’s office while in another part of Luxor, Islamists held a demonstration to welcome Mr. Khayat and proclaimed that tourists are welcome here.

Luxor, home to the ancient Karnak Temple and the Valley of the Kings, which includes the tomb of King Tutankhamun, is heavily dependent on tourism and is already suffering from a drastic drop in visitors since the 2011 uprising. Tourism made up 11 percent of Egypt‘s economy before the revolution, and Luxor is a main stop on most visits to the country.

Many of the tourism workers who protested the appointment said it shows that Morsi is not interested in preserving Egypt’s ancient heritage or promoting foreign tourism.

“They call the monuments idolatrous statues,” tourism company owner Yousef Masry says during the protest at the governor’s office, referring to the ultraconservative Islamist group Khayat belongs to. “How is it that this man will mingle with tourists, when he doesn’t accept much of their behavior, like drinking alcohol?”

Some also see the appointment as punishment meted out by President Mohamed Morsi because Luxor voted for his opponent, Ahmed Shafiq, in presidential elections last year. Other say it is the president’s attempt to solidify an alliance with Khayat’s party at a time when Mr. Morsi is facing strong opposition and calls for mass protests against him on June 30.

Khayat is a member of the Construction and Development Party, the political arm of Al Gamaa al-Islamiya. The group took responsibility for the attack that killed 62 people in Hatshepsut temple in Luxor in 1997, and was involved in other attacks on tourists, police, and Christians in southern Egypt in the 1990s. The group has since renounced violence and, after the 2011 uprising, formed a political party.

Seeking to dispel fears about his appointment, Khayat said in a statement released yesterday that he would work to stimulate tourism and strongly denied any connection to the attacks.

“The first problem we must solve for tourism to recover is the security issue,” he said. In an interview with Reuters, when asked about alcohol consumption, he said “I have no intentions that would harm tourism.”

But Luxor residents who work in tourism don’t believe that a governor who belongs to such a conservative group will promote tourism or protect monuments that many ultraconservative groups call un-Islamic.

“They don’t like antiquities. They don’t like statues. If he takes over, step by step they will close it down,” said Hassan Fahmy, a manager of the Sofitel hotel in Luxor.