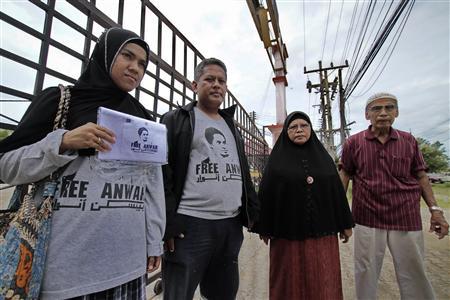 (Reuters) – Huddled in a room on the periphery of a university campus in the southern Thai province of Pattani, Muslim students debate ideas that have long been considered inflammatory or even treasonous.

Just a few hundred kilometers from tourist beaches, the conflict rarely hits the headlines but the failure to stamp it out is an embarrassment for a country that prides itself on being a developed, international business and travel hub.

There are signs that the government has become more conciliatory since it agreed to hold talks in February with the Barisan Revolusi Nasional (BRN), a major rebel group.

The student gathering this month at the university and debate of concepts such as autonomy would have been rare, if not impossible, a few years ago. Those present would have risked being detained on charges of sedition.

The Thai constitution sets out that the country’s territory is indivisible and talk of separatism is tantamount to treason.

Few details have emerged from two preliminary rounds of peace talks, brokered by neighboring Malaysia, between the government and the BRN. Some rebels have called for a degree of self-rule.

On Wednesday, Thai officials will sit down for a third round of talks with the BRN to try to resolve Southeast Asia’s deadliest internal conflict.

Despite hopes for change that the talks have brought, those attending the student gathering were still nervous.

“There is no guarantee we will not be blacklisted after this meeting,” said one student who did not want to be identified.

“Someone could be a spy and report us, but our need to talk has overcome our fear.”

Muslims in the three provinces have chafed under the rule of faraway Bangkok since Thailand annexed what was then an Islamic sultanate a century ago.

Generations of men have fought the state and the latest and most serious violence erupted in the early 2000s.

But analysts say incremental changes are taking place and have gathered momentum since the talks began. Frustration once expressed with graffiti daubed on walls after dark is now being vented openly among a growing network of civic groups.

They have opened discussion in meetings and on social media, fuelling debate about the political aspirations of the region’s ethnic Malay, Muslim population.

“For a long time, the Thai state’s interest was to consolidate control of the border states,” Thomas Parks, regional director for conflict and governance at the Asia Foundation, a U.S.-based development organization, told Reuters.

“The word ‘autonomy’ was a bad word, but now there’s open discussion about it.”

“The mindset of many of the policy-makers is different, they have become more accepting of the demands of the local population,” Srisompob said.

The mayor of Yala town, Pongsak Yingcharoen, said the talks had raised expectations.

“Locals expected the violence to decrease when talks began. That didn’t happen, so now they are trying to better understand this peace process,” Pongsak said.

For years, the state has worked to instill a strong sense of Thai nationalism in the region’s Malay-speaking population and symbols of “Thainess” pervade. The national anthem blares out of public speakers in the morning and at night.

Many Muslims say harsh government assimilation policies have led to the suppression of their religion, language and culture.

Army checkpoints dot the roads through a picturesque region rich in rubber yet bypassed by Thailand’s economic boom. Pattani, along with neighboring Yala and Narathiwat provinces, are among Thailand’s least developed areas with some of the lowest education levels.

Thailand’s powerful military, which has 60,000 troops in the region, has been lukewarm about talks that could confer legitimacy on an armed movement the generals have dismissed as more criminal than political.

As some feared, the talks also appear to be encouraging ethnic Malay Muslims to express political aspirations Bangkok has long viewed as disloyal.

“People have to watch themselves when talking about separatism, but we won’t detain them,” said Pramote Prom-in, an army spokesman. “We understand some young people are hot-headed.”

While the militants are often described as separatists, many southerners acknowledge that creating a tiny Islamic republic sandwiched between Thailand and Malaysia is unrealistic.

“Most people here aren’t after a separate state, they just want to have the same rights as Buddhists,” said Romuelah Saeyeh whose husband, Muhamad Anwar Ismail Hajiteh, a freelance journalist, was sentenced to 12 years in prison in May for being a member of the BRN rebel group.

The government of Prime Minister Yingluck Shinawatra has been credited for giving dialogue a chance.

Critics say her influential brother, former premier Thaksin Shinawatra, has become involved in trying to end the conflict because he is aiming to boost his standing as he plots a return to the country, and perhaps to power, from self-imposed exile.

Thaksin was widely blamed for exacerbating the conflict with harsh tactics when he was in power, including the death in 2004 of 78 Muslim protesters.

Shintaro Hara, a Malay-language professor at Prince of Songkhla University in Pattani, said Bangkok politics were not a factor for most people in the south.

“We cannot afford more corpses, our graveyards are already full. If we miss this chance, when will the next one come?”